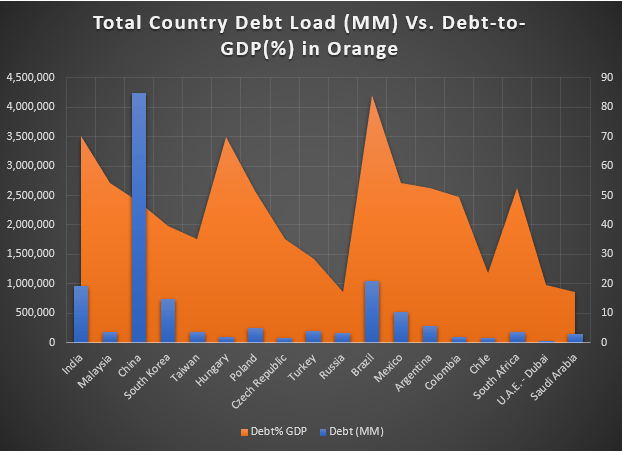 Emerging markets rely heavily on foreign investments to be able to fund projects to increase growth. However, in order for investors to be willing to invest in a developing country, a higher return is required to make up for the high volatility of the market. Hence, the risk premium.

Despite what may seem as an attractive market, investors must do their due diligence prior to entering since the potential return may not be worth the risk.

Factors to consider when looking to invest in a developing country:

It is with utmost importance to ensure that the developing country has a healthy fiscal deficit-to-GDP ratio. By looking at this ratio, you are able to see whether the government is spending more than they are receiving.

Of course, it is important to look at what they are spending on and whether it will contribute towards the growth of the economy (i.e., increasing spending for projects).

A good way to estimate how the economy will perform is by ensuring they do not exceed a debt-to-GDP ratio of 4%. The high debt will push the central bank to print out more money to help with the debt, which in turn will depreciate their currency.

A good example is Argentina, according to Trading Economics, their 2018 debt-to-GDP ratio is 57.10%, an increase from their 2016 ratio of 53.30%. In Argentina’s case, the fear from financial instability drove investors to sell the Argentine pesos resulting in higher inflation, which depreciated their currency. 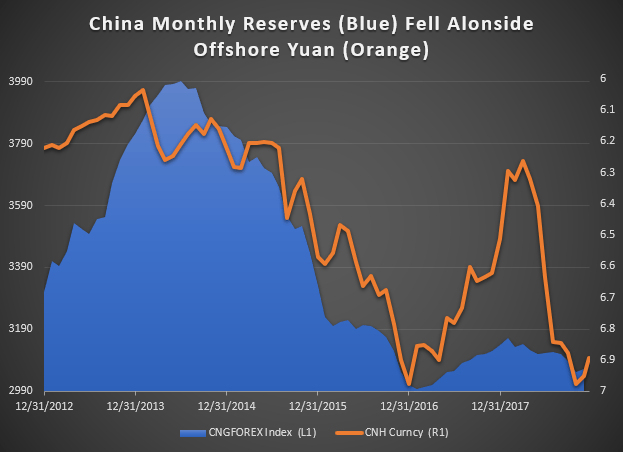 If the developing country has more short-term debt than foreign exchange reserve, this is dangerous because it means that they may not be able to pay back debts that are coming due.

As indicated in the graph above, when the foreign exchange reserve tends to decrease, so does the currency value since investors will exit their market or avoid entering leaving them with an economic crisis. 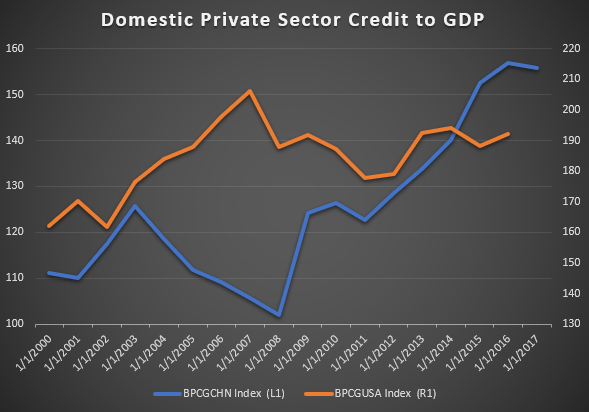 Growth opportunities are important if you are looking to have a profitable investment. For there to be growth, the public sector needs to allow opportunities for the private sector.

What does that mean? If there is a heavy presence of state owned businesses, there is less opportunity for the private sectors to grow resulting in low long-term growth opportunities for the economy.

In the graph above, we compare the domestic credit given to private sectors as a percentage of GDP between China (blue line) and the U.S (orange line).

It looks like there has been an increase in government support in China indicating that the government is helping locals by providing credit products to start or expand their businesses.

Developing countries have more volatile political situations than developed countries like the United States. Therefore, it is important to evaluate the risks associated with this volatility. For instance, if the government tends to have a huge influence over their central bank, this signals an unstable economy and the risks are higher than its potential return.

Another thing to look at is whether the government is funding social environments such as education. An increase in schools and support for education indicates that the government is working on growing its economy by providing its people with opportunities. 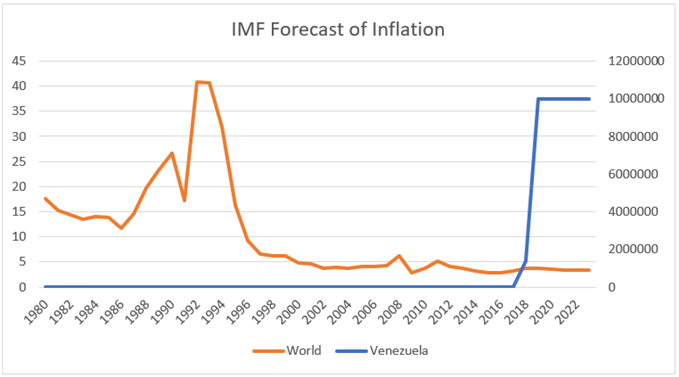 Resources are another key signal of whether a country will be safe to invest in. If a country relies heavily on oil and has no other resources, it increases risk due to the heavy dependence on oil prices.

A good example of this is Venezuela. Petroleum accounts for 98% of their exports and with oil prices continuously decreasing, it had and will most likely continue to have a huge impact on their GDP (18% drop in 2018).

In the graph above, the IMF projects inflation to increase by 10 million percent, which is abnormally higher than the world’s inflation. The hyperinflation is a clear indication that their economy is drowning and one of the reasons is because of their lack of resources.

This goes back to the old saying, “don’t keep all your eggs in one basket”.

By analyzing these factors prior and after entering a market, it will allow you to assess the potential risk and return to see if the market is worth pursuing or if it’s time to exit.