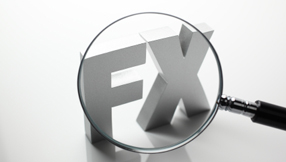 The Nucleus of the Forex Market

Only six months ago, you couldn’t turn on the news without hearing the term ‘Currency Wars.’ And if you didn’t know any better, and only paid attention to the headlines - you might think that whole theme had already played itself out.

Well, it hasn’t. It’s still there. There have just been more ‘headline-worthy’ matters that newspapers and cable television channels have focused on because it’s allowed them to attach a countdown ticker to an event to scare people into watching and/or reading their content (such as the taper-tantrum, or the US Government Shutdown).

But to remind us that currency wars are not out of the realms of possibility, in a sharply worded statement this week, The United States Treasury Department pointed a very accusatory finger towards Germany propagating a ‘beggar thy neighbor’ strategy; in growing their economy through an export-led recovery at the behest of their neighbors in Europe. The statement goes on to say that without Germany making concessions, the Euro Zone was unlikely to recover.

What is ‘The Currency War?’

This is about having a weak currency. Since globalization has set hold of the global economy, the most powerful nations in the world have realized that the easiest way to find growth is to sell to people outside of their own country (exports). By doing this, you bring foreign capital into your economy, and then your economy can use that capital to hire more workers, pay higher rates on deposits, and eventually, see inflation.

Let’s take Japan as an example, as they were the target of accusations of currency manipulation not more than a year ago when Shinzo Abe kicked off the ‘three arrow’ approach to revive the Japanese economy.

The backstory is that Japan was mired in a decade’s long down-trend. The Nikkei approached 40,000 in the latter 1980’s, and during the Financial Crisis, came back down to 7,000.

A strong currency can ravage an economy

But this all came to an interesting pivot last year, when one of the characters at the center of that previous Japanese political turmoil came back in the spotlight: Mr. Shinzo Abe. Abe had been Prime Minister of Japan before; and he resigned in shame upon accusations of wrong-doing within his cabinet.

But, Abe got an idea that would allow him to take back control of the country promulgated on an economic policy that would FINALLY pull the Japanese economy out of the doldrums.

The USDJPY exchange rate is simply an expression for the value of one dollar quoted in Japanese Yen. So, let’s look at an example together:

If things could stay like this forever, our auto-manufacturer would surely be happy with a 50% profit margin on each car sold.

But things didn’t stay that way. The world has changed massively since 1998.

Only 10 years later, that exchange rate on USDJPY had moved below 80.

Let’s look at how our auto-manufacturer would fare in that environment.

It still costs ¥2,800,000 to build the car, because they are paying workers in Japan, and buying goods in Japan. So the change in the exchange rate doesn’t necessarily do anything to their cost structure, although because each yen is worth so much more; the cost structure in dollar terms is considerably higher.

They aren’t even covering their cost any more! A 50% profit margin has just went ‘POOF’ into thin air, and this is ONLY because the ¥ has gotten stronger.

Our auto-manufacturer is now losing 400,000 yen on each and every car sold. How long do you think this will go on for? Not many businesses can continue to stay in business if they are losing money.

Often times they’ll respond by cutting costs. This means laying off workers, or at the very least hiring fewer of them. They’ll begin focusing on ‘efficiency’ of the business, and trying to find each and every way of pinching pennies so that they can at least cover their costs. All of the actions taken by our auto-manufacturer to try to cut costs are going to be negative for the overall economy: Fewer people employed (higher unemployment), smaller or non-existent increases in pay (lower inflation), and a general sense of panic about future economic certainty given that our auto-manufacturer didn’t even necessarily do anything wrong... they just got blind-sided by a much stronger currency.

This is precisely why Japan was mired in a decades-long recession, and saw deflationary pressures throughout their economies.

So, what does Japan do, in response? They work to cheapen their own currency; because if they can succeed, they can get the opposite effect working for them.

So, lets say our auto-manufacturer has found a way to continue to exist in this expensive yen environment; and they’ve cut costs to 2,300,000 yen per car.

Surely, this isn’t a desirable scenario, because they have minimal profit margins (only 100,000 yen per car). But - they’ve found a way to survive.

But - when the Bank of Japan finally gets the yen weaker, our auto-manufacturer is in a position to massively benefit.

Let’s say that the Bank of Japan does something similar to the end of 2012, and pushed the yen lower (and USDJPY higher) to 100.00.

This means quite a bit... because now that profit can be re-invested in the company in equipment. Those equipment purchases are going to provide profits for manufacturers in Japan, who will then need to hire more workers. Our auto-manufacturer can now become more competitive with pricing, considering they now have a profit margin with some cushion to reduce selling prices, and they can even try to outsell their German or American counterparts by offering a lower price.

Eventually, our auto-manufacturer will need to hire more workers, and because the demand for workers has increased (since equipment and auto-manufacturers are both looking to hire), wages have to increase.

This starts that whole synergistic impact of economic growth within an economy, and all that really happened was a change in the exchange rate.

Why Does this Matter Today?

It matters because the largest economies in the world are all actively embarking on campaigns to weaken their currency.

The United States is in its 4th round of QE, adding $85 billion per month into the economy (which functions as dilution in the US Dollar, or ‘artificial weakness’). China uses a ‘fixed-floating-rate’ regime, where an US Dollar weakness seen will also show up in China because they base the price of the Yuan on the value of the Dollar. So, as the US goes, China goes along with it.

That same report mentioned at the beginning of this article had previously made those same accusations of employing a ‘beggar thy neighbor’ strategy towards China with their fixed-floating-rate regime.

Japan now has a 220:1 Debt-to-GDP ratio after firing off the ‘three-arrows’ approach towards the end of 2012. As we saw in our previous example, continued Yen weakness is something the Bank of Japan is actively seeking, albeit cautiously to avoid further accusations of starting a Currency War (particularly with their next-door neighbor of China).

And Europe, well Europe is a mess right now, and will probably continue to be so until a true banking union is formed. Nobody is really even sure what type of wherewithal the ECB has to embark on a dilution-based currency policy; but recent talks of ‘negative rates’ have served to scare many investors from storing currency in one of the few areas in which we might not see an active dilution-based policy.

This is the nucleus of the forex market: Trade and Capital flows. And this will be at the center of the next bout of the Currency Wars.