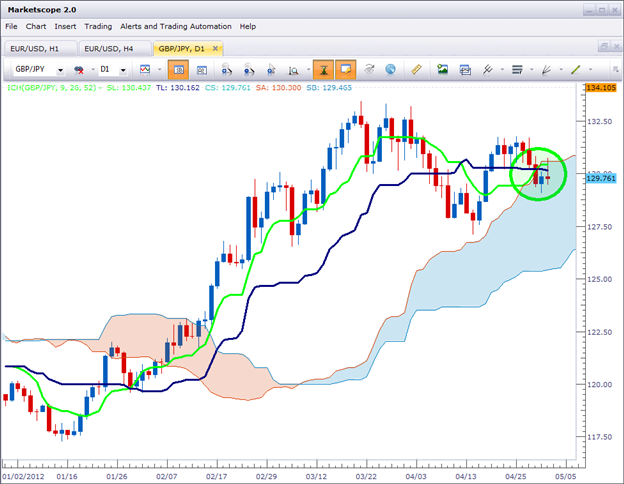 After publishing the Ichimoku Walk-Through article earlier in the year, we’ve had demand by traders to provide real-time examples of pending trade setups via Ichimoku.

Below are some of these setups.

British Pounds remain to be one of the strongest currencies in the market, and despite the recent strength in Japanese Yen, the pair remains in a bullish stance for Ichimoku traders.

Scrolling down the 4 hour chart of GBPJPY offers a closer look at the potential risk reward setup on the trade.

By locating the stop on a long position below the Swing-Low (at 128.90), the trader can look at an approximate ~85 pip stop on the trade (as of this writing). 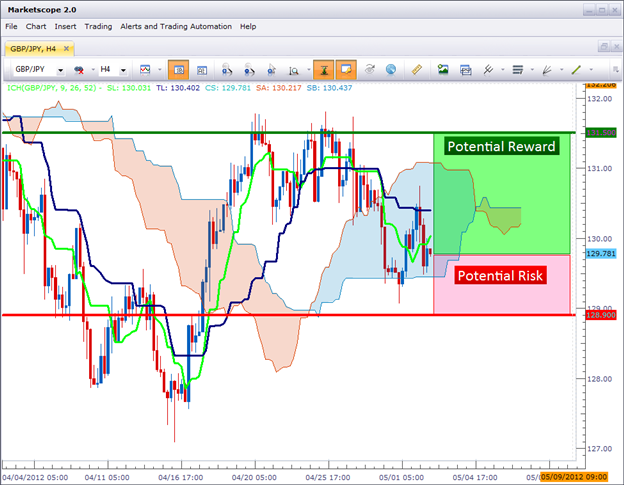 The Australian Dollar has had a markedly different tone than the British Pound, as this has been one of the weakest currencies of late; weakness which was helped by the unexpected 50 basis point rate cut out of Australia.

China has drawn the ire of speculators, and as the world watches Chinese data for signs of slowdowns it appears as though an increasing number of investors are growing more cautious of investments in Australia.

A recent break of the bottom side of Kumo gives traders an opportunity to enter a short position in which large profit potential may be present. Of particular note is the recent weakness, presenting the dreaded conundrum of ‘trying to catch a falling knife.’

In these situations, a breakout entry could be appropriate, as we don’t have to enter the market unless the price with which we want to enter has been hit.

By placing an entry order to initiate a short position shortly below the swing low that’s established on the pair – the trader can look to do just that. The picture below will show in greater detail: 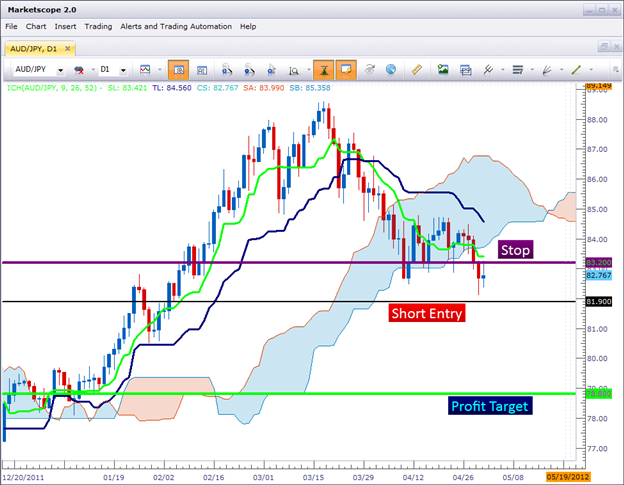 By placing the short breakout entry order below the swing low, and also below the psychological price level of 82.00, we can attempt to prevent a false breakout that may wick our entry price before price ascends to our stop.

Many markets continue to range while the world awaits QE3, Gold has found itself in a wedge formation that could present a compelling breakout opportunity to traders; and Ichimoku can certainly be a mannerism of entry. Notice the weekly chart below, and the fact that price still has yet to break the bottom-side of Kumo. The last time that the price of Gold traded below Kumo on the weekly chart was January of 2009. 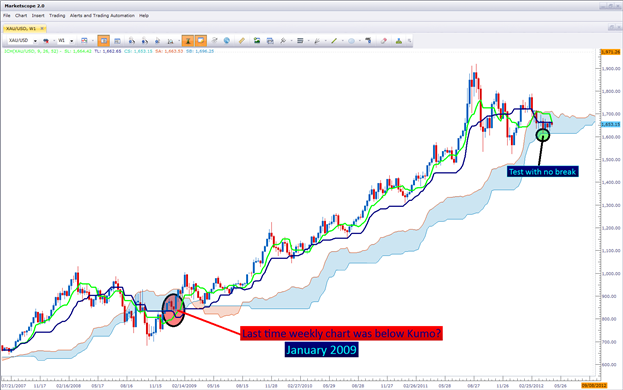 Quite a bit has happened since then, and the primary driver that created much of the strength in Gold (monetization from the United States and Europe) is still very much on the table as economic numbers (and the global economy as a whole) continue to suffer.

With a stop slightly below Kumo, and a Profit Target near the high’s that were hit shortly after QE2 ended, a compelling risk-reward ratio can be found in Gold. The chart below will illustrate the setup in greater detail: 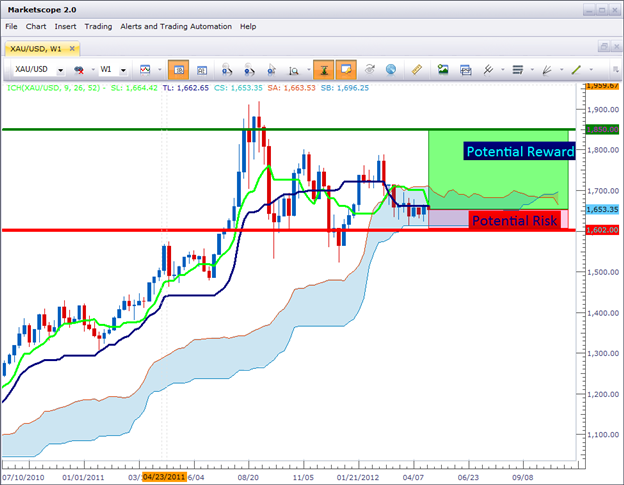 How to Analyze and Trade Ranges with Price Action

How to Identify Positive Risk-Reward Ratios with Price Action

How to Trade the Parity Channel with USDCAD