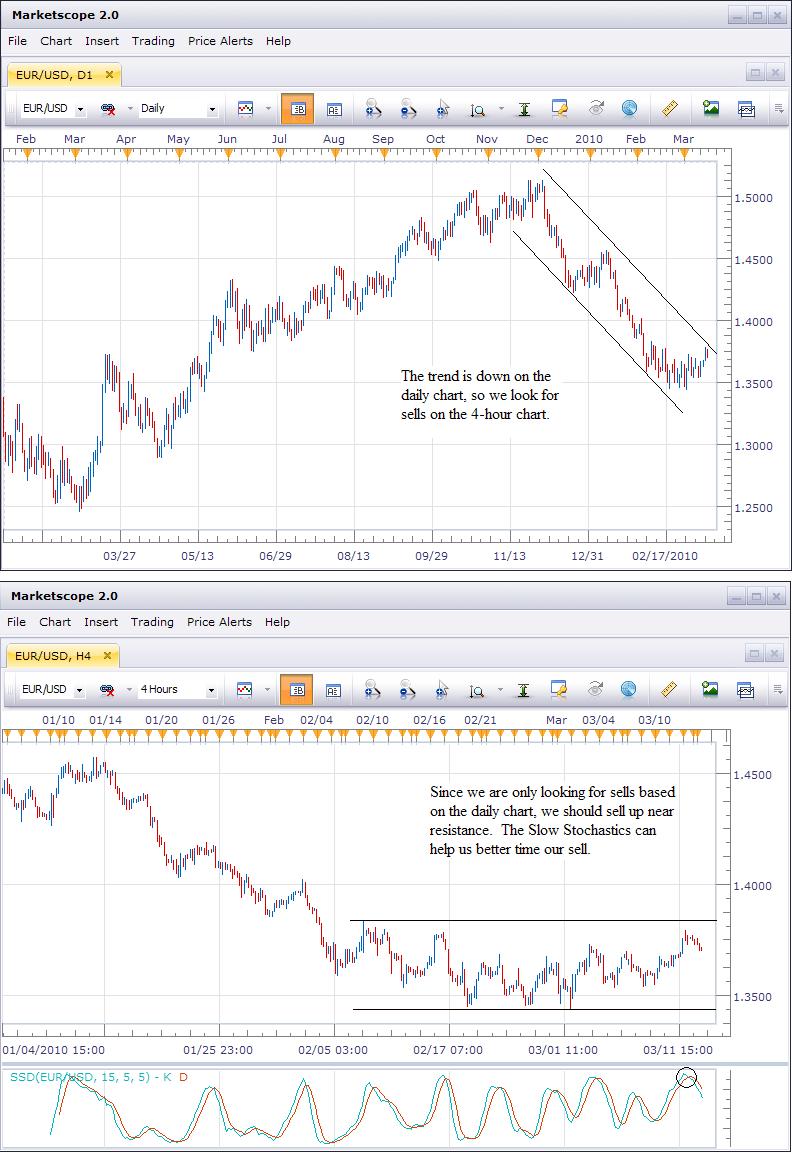 Many traders will buy on a move down near support and sell on a move up near resistance and place their stop outside of the range.  The use of a technical indicator like the Slow Stochastics plotted on the 4-hour chart can also help the trader better time their entry.  Another point to consider is the direction of the trend on the daily chart.  Since we want to buy in an uptrend or sell in a downtrend, we should first determine our directional bias before placing our trade.  The EUR/USD is currently in a downtrend on the daily chart and in a range on the 4-hour chart.  This combination means that we should be looking to sell up near resistance.  We currently see that this pair has bounced down off of resistance which was confirmed by a crossover on the Slow Stochastic.  This is a sell signal.  It is important to note that more often than not, the market will break out of a range in the same direction of the move prior to the range.  Since this pair was in a downtrend, then we should look for a break down through support.  This is based on the assumption that the reason markets move into a range bound situation is that traders are waiting for some sort of economic release before opening new positions in the direction of the trend.  This event may be the US FOMC meeting on Tuesday, March 16th.  After traders get a better idea of what the Fed is thinking about the economy and interest rates, they may feel more confident in adding to their current sell positions or opening new sells.  That is of course unless the news release is considered to be a trend changing event.  This does not happen all that often, but it can, which is a good reason to have your protective stop just above resistance.