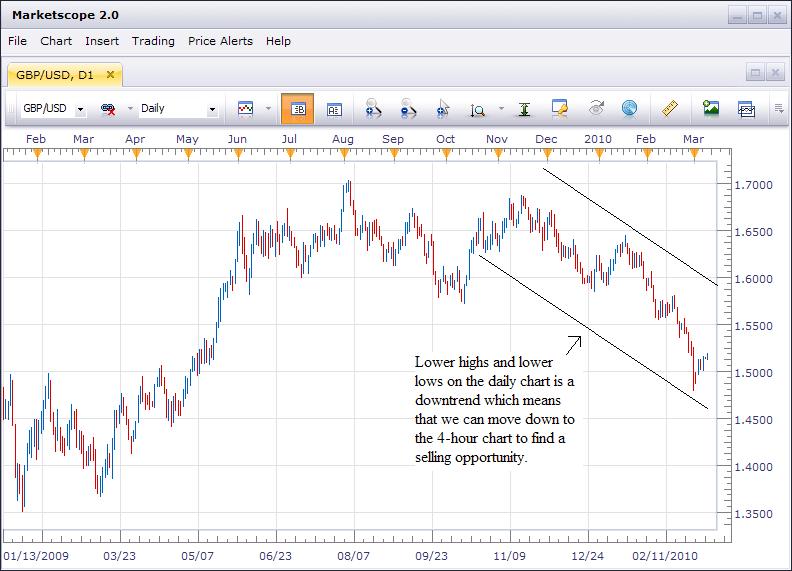 Taking advantage of the momentum of the market increases our chance of success on the trade and allows us to look for more potential profit when we are right than we are willing to risk on the trade.

In a downtrend such as this one, we want to look for a rally up to resistance to sell.  At this point in time we can see where the market is moving up off of a low.  Now is a good time to move down to the 4-hour chart to get a closer look at this move and a way to time our sell entry. 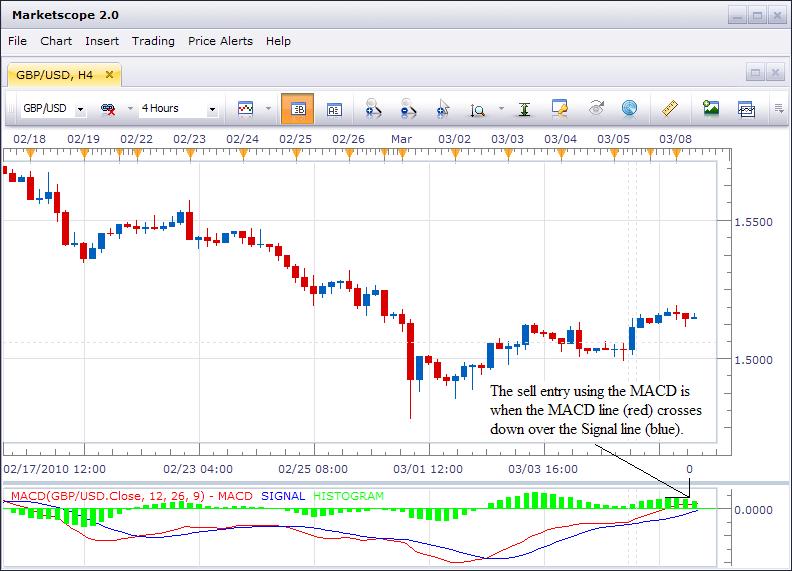 This chart shows a closer look at that move up off of the March 1st low.  Also on this chart, we have an MACD plotted.  The MACD, which stands for the Moving Average Convergence Divergence, shows the difference between the 12-period Moving Average and the 26-period Moving Average.  That difference is noted by the red line on the chart.  The blue line is referred to as the Signal Line and is a 9-period Moving Average of the MACD Line.  The main purpose of the Signal Line is to signal the sell entry into this trade.  When the MACD Line (red) crosses down through the Signal Line (blue), that is the signal to sell.  An important key is to wait until that candle closes so we can confirm the crossover actually took place.  We would not want to sell on a crossover in the middle of a 4-hour candle only to see the market reverse and negate the crossover.  So the sell would be at the open of the next candle after the crossover.  We could then place our protective buy stop above the recent high and look for twice that risk in potential profit for our 1:2 risk:reward ratio as we explain in our Money Management video.