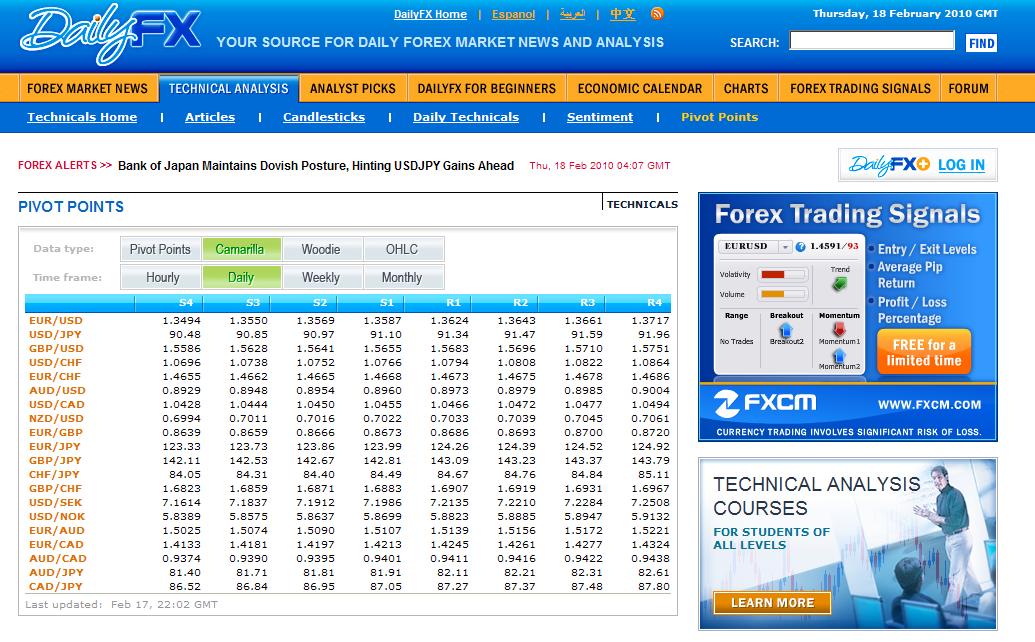 Unlike classic Pivot Points, where the main pivot point level and its relationship to the market price is what traders focus on in their trading, the Camarilla Pivot Points most important to the traders are the third and fourth level of support and resistance.  DailyFX generates these levels for you as the graphic below indicates.

We want to use these levels, which were generated from yesterday’s trading in our day trading approach for today.

Typically traders look for the trading to stay within what I have noted on the chart as the S3 and R3 levels.  These two levels are supposed to offer support and resistance on a test during the day.  We can see that on this EUR/USD 5-minute chart that the S3 level, at 1.3550 has offered support on two tests in today’s trading.  The idea is that the market is likely to reverse before moving through the S4 level which is at the 1.3494 level.  So traders should place their protective stop close to, but above the S4 level on a long position.  If the market does move down through S4, it is considered a breakout and traders should open a new sell position on that move through support in anticipation of more selling coming into the market.  On this chart though we can see where the market did indeed reverse before hitting the S4 level and eventually move up close to the R3 level, which did seem to offer some resistance.

The same would hold true for a test of resistance offered by the R3 level.  Traders would sell on a test of R3 and place their protective buy stop just below the R4 level.  On a move up through R4, traders would buy that breakout in anticipation of more buying coming into the market. 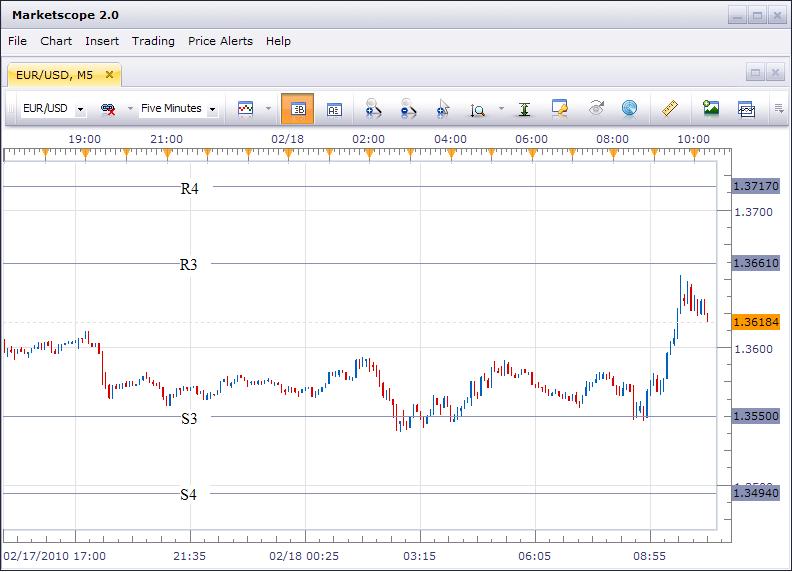 Camarilla Pivot Points do offer potential entries and stop levels for a test of S3 or R3, but do not offer profit targets.  Also, there is no set protective stop level or profit target when you enter on the breakout through S4 or R4.  That does not mean that you should not use any, but it does mean that you need to identify them yourself based on your own risk parameters.  I would recommend using the S3 and R3 levels as protective stops when trading the break through S4 or R4.  I would also recommend using a 1:2 risk:reward ratio on all trades until you have backtested enough to make appropriate adjustments.  With time and familiarity, these levels can be a important part of a solid approach to day trading the FX markets.