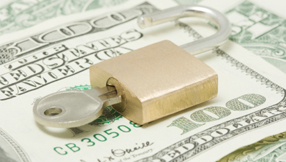 -FX is the Last Major Market to Clear

-You Can Look To Other Markets for Trend Confirmation

“Don’t trust your own opinion and back your judgment [trade] until the action of the market itself confirms your opinion.”

“Pride of opinion has been responsible for the downfall of more men on Wall Street than any other factor.”

It can be dangerous to trade under the assumption that there are only two types of analysis. The most common types of analysis that new traders will be introduced to are fundamental and technical analysis. Fundamental Analysis is a form of looking at the overall health of an economy and currency by looking at monetary policy as well as how news like Non-Farm Payroll prints in relation to expectations. Technical Analysis takes a look price patterns and helps you to develop a trading system under the assumption that, "there is nothing new in the price of markets as the art of speculation is as old as the hills and only the names have changed over the centuries but not the emotions."

A new breed of analysis is beginning to make its way through the FX market called Intermarket Analysis or IA. IA, which has been made famous by the likes of John Murphy, looks to correlated markets to help you spot confirmation of a big move or divergence. A correlated market is a market that moves in tandem to one you’re trading. For example, let’s say you’re trading the SPX500 or USDJPY, you could look to the non-traded market which is correlated to confirm the new trend you’re looking to trade.

FX Is the Last Market to Clear

Why does it make sense to combine IA as a currency trader? Put simply, the FX market underlies every other market in the world. The reason the FX market is so central to other markets is that every market is priced in a currency and therefore when you see a print for the SPX500, you could effectively look at that market as USD/SPX500 or Gold as XAU/USD much like FXCM prints the commodity.

That means that if a hedge fund in Hong Kong, Sydney, or London wants to buy SPX500 the first thing they would do is put that order into their liquidity provider that gives them access to the market. Because these international funds likely don’t hold their usable margin in USD, they would have to sell their home currency for USD in order to get into that position in another currency. Therefore, what came first, was the order in an international market which requires an exchange of currencies to finish the transaction.

This same type of example was front in center with the US interest rate markets in 2008-2009. Around the world, major institutions decided to stop chasing risk and start chasing safety in the form of US treasuries. In order to complete this flight for safety, major institutions sold global stock markets, including the SPX500, and rushed into US treasuries which caused yields and stocks to plummet and US Dollar and rates to rise. Below is a chart that shows the shift in the market where major institutions transitioned from stocks like the SPX500 in early 2008 to bonds like the US Treasury market via the US Dollar causing USD and rates to blasted higher.

The question becomes, what is sparking this move at this time? That’s where Intermarket analysis comes in because what balances out in one market becomes a check point for another market to confirm your view. You can easily get hurt if you stay short sighted and think that USDOLLAR down means SPX500 up because as you can see, as markets evolve, so do Intermarket relationships.

You Can Look To Other Markets for Trend Confirmation

Hopefully this is beginning to make sense. As a currency trader, you can look to other markets which show a significant correlation to your preferred currency to confirm your views. What’s more, FX is the ideal market to utilize this type of analysis because FX must clear when multi-nationals begin to focus on a new market.

A while back, there was a significant correlation to the $AUDUSD and the SPX500. During this time, Australia was raising interest rates and was during this time, AUDUSD was highly correlated to China and other Emerging Markets making AUDUSD – buy an ideal risk on trade along with other equity markets. Looking at this chart, you can see that a break higher in SPX500 would have helped confirm your trade on AUDUSD at the time the correlation was strong.

The key correlations that many traders and banks are keeping an eye on revolve around the three markets. The three markets that have been highly correlated since the beginning of the 2014 trading year have been stocks, US treasury yields, and lastly FX. More specifically, you can look to the SPX500, UST 10-year yields, and the USDJPY which is all make a clear proxy for risk-on and risk-off market sentiment.

Looking above, to find a strong correlation, you simply need to focus on what is closest to 1 or -1 showing a negative correlation. Of course, any market against itself would be 1, so you can toss those out for helping you develop an overall view. But the clear correlations that are present (i.e. closest to 1) are USDJPY & 10-year yields at .817 & USDJPY & SPX500 at .8328 which gives you a trinity of risk-on and risk-off correlation.

What this means to traders like you and me is that if SPX500 or USDJPY is going to make a sustained look higher, we should see a break of resistance on both USDJPY and SPX500 as well as US Treasury 10-year yields for confirmation.

As a dedicated FX Trader, would you like the following?

If so, our Real-Time DailyFX on Demand is a fee-based service that gives you access to our professional trading staff from 6am – 2pm ET Every trading day so you can get feedback on your trade setups, trade ideas while staying abreast of key market views and news the causes FX to move