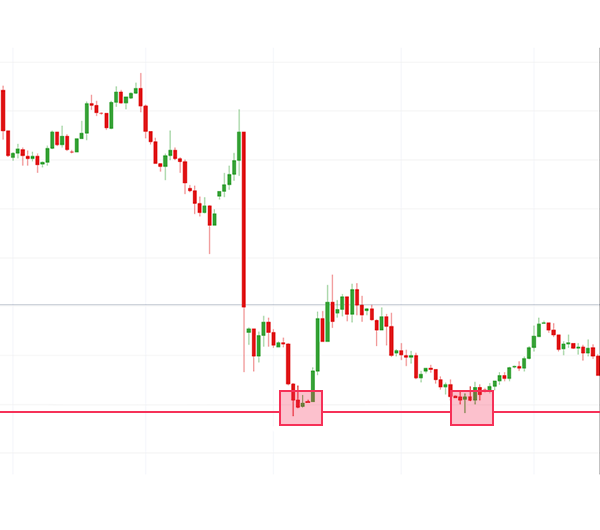 One of the greatest parts about trading price action is that traders can see sentiment playing out on the chart with one of the most pure indicators available: Price.

Double-bottoms and double-tops can be appealing setups for traders as the market has shown a willingness to react to a specific price. The picture below will show an example of a double bottom. Notice that after an elongated down-trend the currency pair bounces from the same price on two separate occasions.

This clues the trader in to the fact that something is going on at this price. Unfortunately it won’t tell us what exactly, and whether or not we should buy or sell – but it does tell us that this is an important price in the currency pair.

The reasons for the bounce could be endless. Perhaps there is a large corporation looking to exchange currency setting a line in the sand with which they want to buy. Or perhaps this price is a strong level of support (much like Parity on USDCAD or AUDUSD).

Whatever the reason may be, we can use the information that we do know to strategize a manner of entry into the trade; but first we have to decide which direction we want to make a play.

The Double Spike Breakout looks to play a continuation move in the currency pair, expecting the support (or resistance) that has reversed price in the past to become broken on another attempt. The picture below will illustrate in more detail: 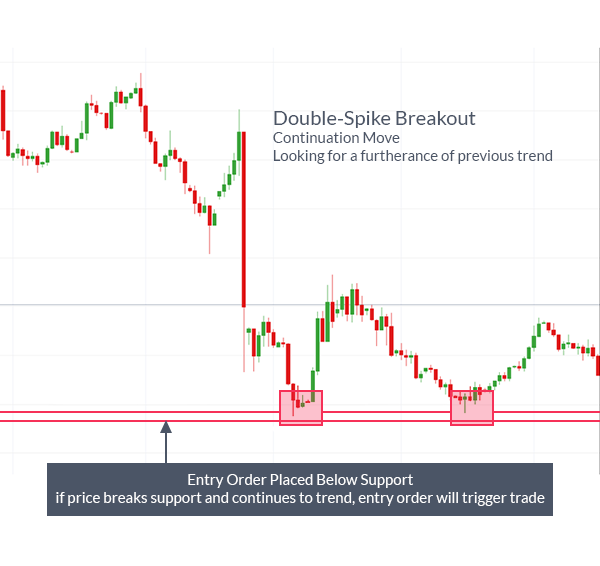 With the Double-Spike Breakout, it’s important to remember that, like any breakout, price can easily reverse against us and move for an extended amount of time.

Given that price has bounced twice in the past, it is perfectly reasonable to expect that price may break support enough to enter our position, and then reverse against us. So prudent rules of money management when trading breakouts apply; and risk-reward ratios may be more favorable at 2:1 or greater (looking for 2 dollars of profit (or more) for every 1 dollar risked).

The Double-Spike Fade is the opposite of the earlier strategy in the fact that it looks for a reversal after seeing the second bounce off of support (or resistance). However, since the trader doesn’t have the luxury of substantiated support and/or resistance – a different modal of entry is necessary.

The chart below will show a bearish market buckling off of support offering a dual-spike with which the trader can look to fade: 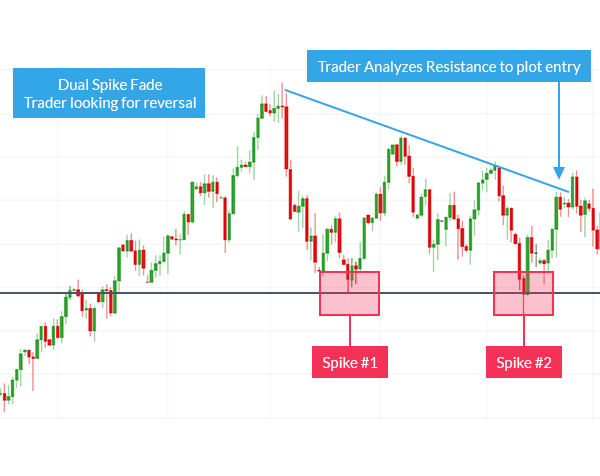 Once resistance is broken, the trader can look to open the position. In this example, since we were looking to ‘fade’ the move that created the double-spike (and since the move was bearish leading price to support) the trader would be looking to buy this currency pair. The picture below will illustrate further: 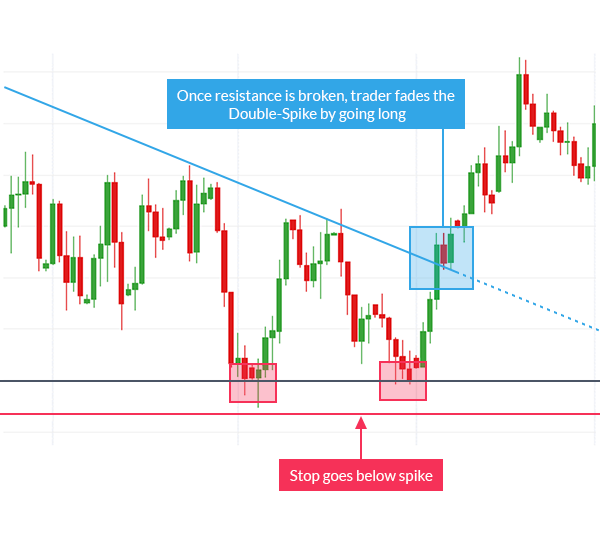