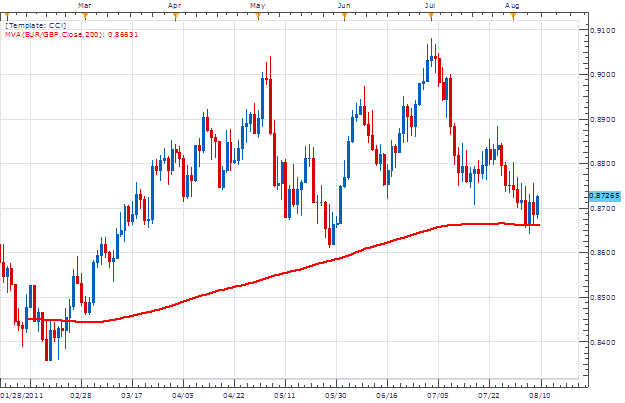 The EUR/GBP has been grinding out higher lows and higher highs for the better part of the 2011 trading year. From the July 2010 high at .90825, the pair has moved lower and currently price has tested and bounced off of the 200 sma located at .8666. This price levels importance is critical. If this level holds, the pair opens itself up for a new round of buying opportunities. A break below support , would open up the EUR/GBP towards fresh lows under .8400.

Fundamentally, neither pair finds itself best of show. The Euro zone is still stricken with an unsolved debt crisis and today another round of unfavorable industrial production numbers were released out of the UK. As the fundamental future of each economy remains uncertain, we keep an eye on the economic calendar toward more clues on the next developing move.

Moving to an 8H chart, price has noticeably retraced against its long standing trend. As price moves towards short term resistance near .8760, we will begin looking for a breakout. For a new short term uptrend to begin, it is preferable to see the previous high (.8804) from August 1st be broken prior to entry. 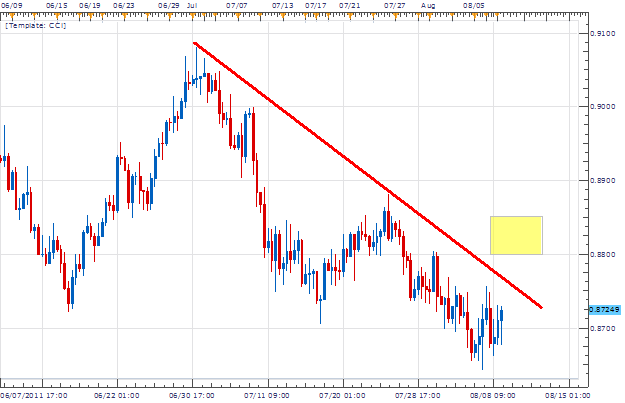 My preference is to buy the EUR/GBP on a break of resistance on our 8H chart. Entrys should be placed over the previous high of .8800 or better. Stops should be placed at .8700 with Limits targeting .9000, setting up a clear 1:2 Risk/Reward ratio.

Alternative scenarios include price trading lower off resistance on the 8H and challenging daily support.