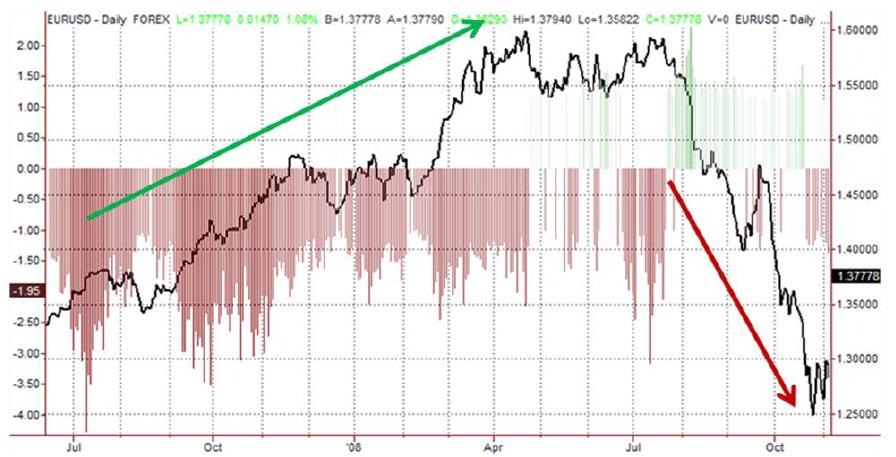 How to Use the SSI

Given that FXCM is one of the largest non-bank forex dealers in the world, our SSI boasts access to one of the biggest and likely one of most representative samples of the broader small-investor FX market. In our weekly SSI report, we give DailyFX readers a look at historical movements in the SSI and commensurate movements in price—providing a sentiment-based FX forecast.

It is critical to note the historical characteristics of the SSI. Though it seems a bit counter-intuitive at first, we most often use the SSI as a contrarian indicator to price action?

Forex trading crowds tend to fade momentum. Most often we see the majority of traders sell into rallies and buy into declines. During trending market conditions, this means that we use the SSI as a purely contrarian indicator. If the majority of traders are short, then we would expect price to continue rallying. In fact, this is exactly what happened when the Euro/US Dollar first made its substantial rally to the 1.6000 mark.

The majority of traders went short the EUR/USD starting on October 25, 2006 when the currency pair was trading at a lowly 1.26. Markets remained short with very few major breaks in between, and only sustainably flipped long at the very end of the Euro’s advance. In fact, there were only 12 days in which the SSI finished in net-long territory betweenOctober, 2006 and April, 2008—good for an incredible 3000+ point rally. The SSI first took a sustained shift to net long when the Euro hit 1.6000 and dropped to 1.5800 the following day. When the Euro made a second test of 1.6000 in July, 2008, traders aggressively bought into subsequent declines and stayed short until literally 2000 pips later. Such pinpoint shifts in trader sentiment and price action underlines the historical predictive ability of the SSI Indicator.

Of course this is a somewhat cherry-picked example and nothing works 100 percent of the time. Indeed, our major caveat is that the SSI works as a contrarian indicator when markets are trending. If markets are rangebound, then extreme SSI levels will coincide with major coincident tops and bottoms. In other words, if a currency pair remains stuck in a range, the trading crowd will actually be right and will accurately call direction in major currency pairs.

There are an infinite number of ways to read the SSI, and we attempt to provide the most accurate sentiment-based forecasts in all our analysis. In fact, our most recent weekly SSI report showed that the majority of traders were short the GBP/USD, and we took the corresponding view to call for a major GBP/USD reversal. Sometimes the shifts in the SSI can be the most telling in specific trading contexts.

SSI Ratio – The SSI ratio tells us whether traders are net-long or short and to what degree. If there are more traders long than those that are short, the ratio is positive. For instance, if we report the EUR/USD SSI Ratio at 1.5, this means that there are 1.5 traders long for every short. If the number is negative, then there are more short orders than long. An SSI ratio of -1.5 would signal that there are 1.5 traders short for every one that is long.

The SSI is available every Thursday on http://dailyfx.dev.fxcorp.prv/technical_analysis/sentiment/ and twice a day on our premium service, DailyFX+ .

DailyFX+ likewise offers SSI-based forex trading signals, with Momentum1, Momentum2, Range2, and Breakout2 systems all using the SSI in one form or another. 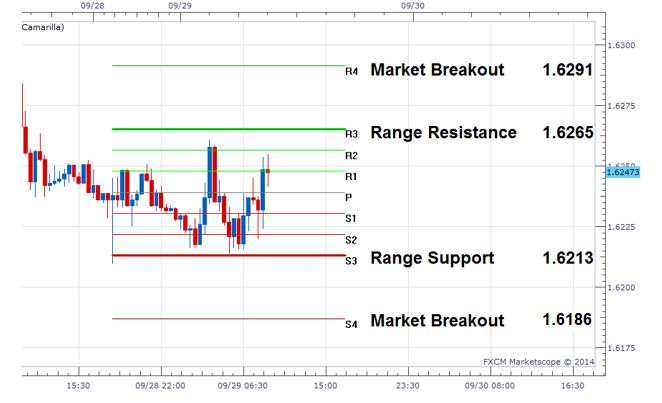 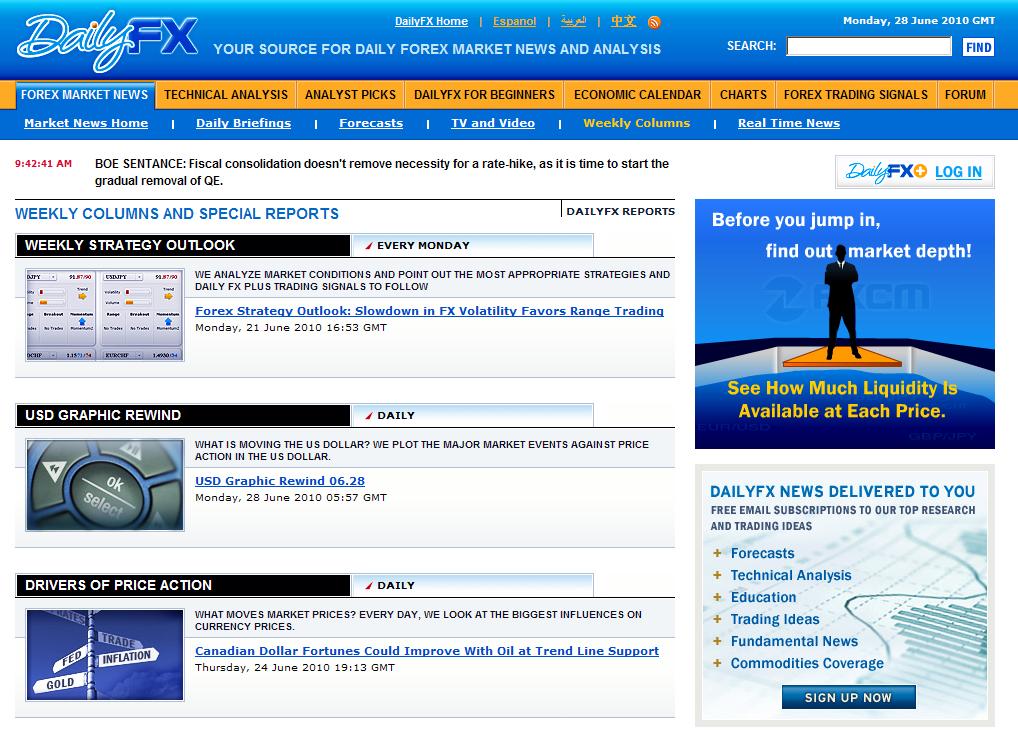