The rand has been on of the most resilient currencies against the US dollar in 2022 but this looks to be changing in line with fundamental factors.

The Chinese economy has been relatively insulated from the war in Ukraine, emphasizing its independence from global events. As a result, the South African rand has been a beneficiary due to its strong economic ties with the China. Commodity exports were barely impacted from the demand side while globally the conflict catalyzed a broad-based commodity price upsurge including rand-linked exports. With the Chinese economy facing rampant COVID-19 cases in major cities such as Shenzhen resulting in strict lockdowns, commodity prices have a taken a turn lower along with growth forecasts.

With negotiation talks possibly gaining headway between Ukraine and Russia, the rands hardiness in the midst of a surging dollar and general risk off sentiment, could be stripped should financial markets revert back to ‘normal’. Commodity prices should then move lower meaning less support for the rand while more aggressive Fed tightening should bring the dollar higher thus reducing the rands carry trade appeal.

From a local perspective, the South African Reserve Bank (SARB) has adopted a wait-and-see approach thus far, taking cues from major central banks – the Fed in particular. South Africa is however in a completely different situation to the US with exorbitant unemployment rates and poor growth expectations. Hiking interest rates too quickly could stifle growth and make funding more costly for local business. Thus far, the SARBs patient approach has been successful from a currency stability point of view (one of its mandates) but rate hikes are likely to present themselves in the near future which may offset some currency weakness. Overall, the Fed’s dot plot should be more aggressive than the SARB thus favoring the USD. 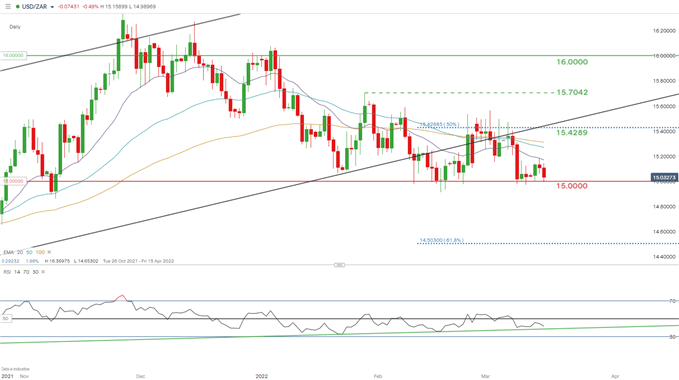 The daily USD/ZAR chart shows price action approaching the key 15.0000 area of confluence which has held as support for some time. This coincides with the Relative Strength Index (RSI) uptrend (green). ZAR bears may look to enter around this level with the backing from the aforementioned fundamentals. 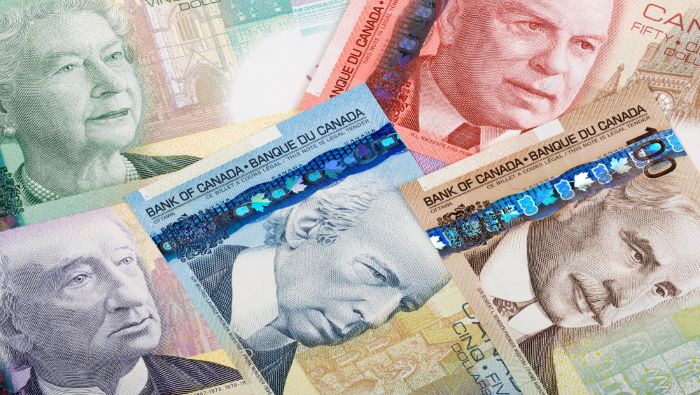 Short EUR/GBP: Exuberant Euro Could be Unsustainable Against Hawkish Bank of England