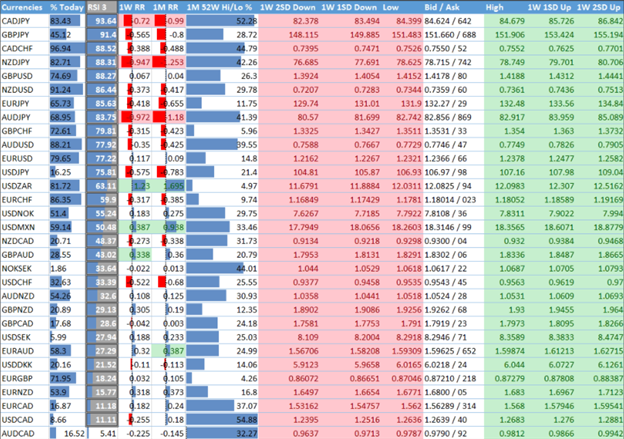 Swing Target (If not holding trade :)Hold with trailing stop

If you are looking to create your own trading ideas, you may enjoy our FREE Trading Guides

Trading FX has a unique advantage if played well. Namely, a currency with decent upside prospects can significantly outperform if the short side of the trade falls more aggressively than anticipated.

In other words, traders are always placing two trades when entering into an FX trade so it’s important to have multiple biases so that you can see where the low-hanging fruit may lay in the market at any one time. One way I like to identify low-hanging fruit is through short-term momentum that is identified via the RSI(3), which I break down fully in the weekly FX Overbought/ Oversold report that you can access here

FX Overbought/Oversold Readings As Of April 10, 2018

Put in other words, the Canadian Dollar is the most bid currency in the G10 + crosses right now with the JPY and AUD on the backfoot. The reasons for CAD strength are building and here are a few:

If the Bank of Canada leans hawkish at an upcoming April 18 meeting, that would likely further lift CAD against weak FX. A recent report of the CFTC Commitment of Traders shows that Canadian Dollar bulls are holding a bullish position in the 25% of the last 52-week range. This could mean that a lot of buyers could come in the market and further lift the CAD against weaker currencies like the Australian Dollar. 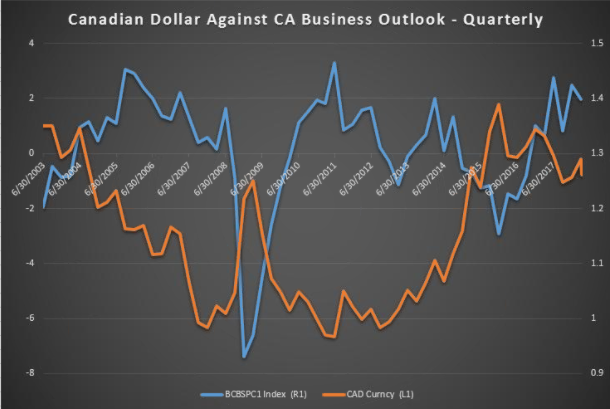 On the Australian Dollar side, the main focus is that the AU economy remains susceptible to any negative trade war outcomes. While a full-blown trade war appears unlikely given the large account surplus of the Chinese economy and deficit of the US economy that needs each other to continue, the RBA remains stuck in a dovish stance.

At the same time, Australian economic data has continued to disappoint through 2018 and could lead to further losses against strong currencies like the Canadian Dollar. 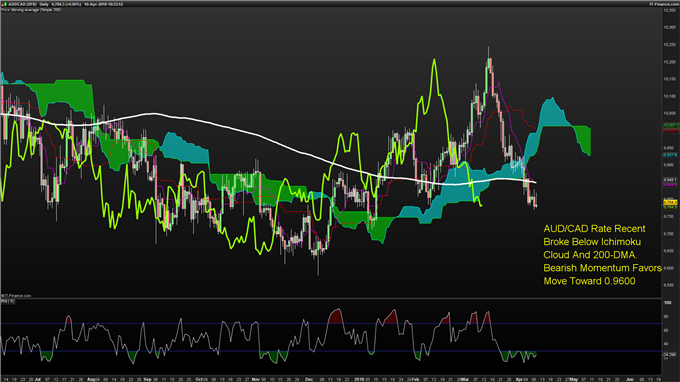 The key pivot on the looks to be 98.50/99.50 with spot currently trading low than both at 97.85. The pivot zone comprises the 200-DMA and the 50% retracement of the March-April range. Below the pivot zone, I continue to favor further CAD strength and an eventual move to 96.00 or lower.

A move and close above 99.50 would show that I entered this strong move too late, and it’s time to cut my losses short before looking for another higher-probability trade.

A strong move below 96.00 could mean a broader CAD move is at play, and a trailing stop would be employed to capture the potential regime shift as institutions likely load into the long CAD positions.