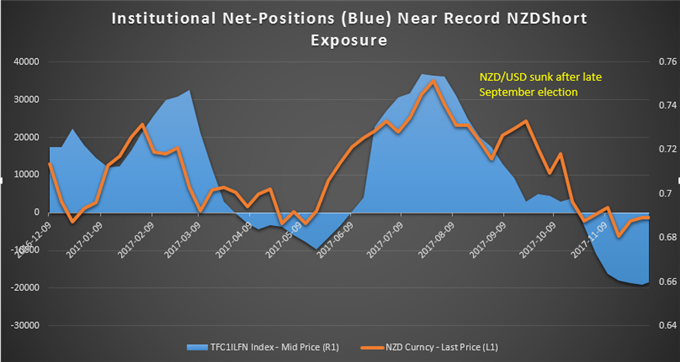 Point to Establish Short Exposure: Breakdown below 68.15 cents per NZD

The NZD/USD jumped over 1% after news surfaced that a new Reserve Bank of New Zealand chief had been named. The surge was attributed to a large number of short positions that were surprised by the appointment of the New Zealand Sovereign Wealth Fund, Adrian Orr and previous deputy governor of the RBNZ to act as chief going forward.

Late last week, the CFTC’s Commitment of Traders (CoT) report showed one of the largest short-positions on record for NZD/USD so the pop higher was likely due to profit taking due to a known dovish Central Bank getting a new governor that could shake things up. Since the election where a new Prime Minister, Jacinda Ardern, took over, NZD has been the worst performing developed market currency in 2H 2017.

While traders should be aware of a potential short-term squeeze carrying the flightless bird (the namesake Kiwi), a resumption below 68.15 US cents per NZD could be the technical signal that NZD/USD is resuming its downward trend. Short term resistance is expected at 68.50, and the downside target is 66.40, which is a 200% Fibonacci Extension of the initial move lower from July to August.

A break and close above the zone of resistance highlighted on the chart between 69.50/80 would indicate the downside preference was premature and traders should anticipate a broader short-covering rally. Absent a break higher, a continuation of the downtrend is preferred. 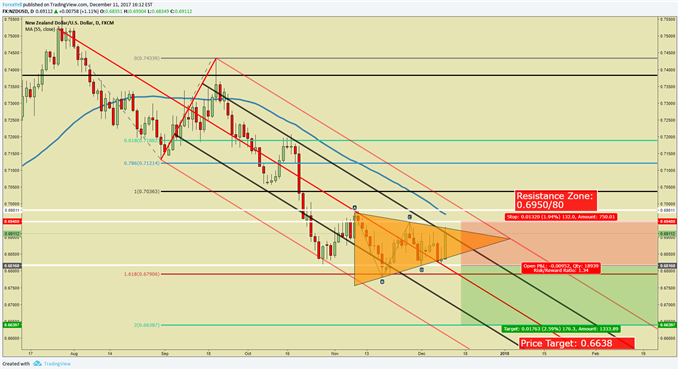 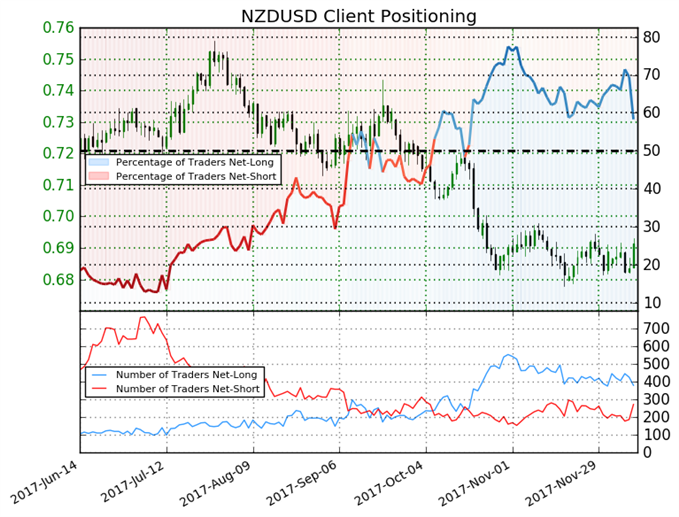