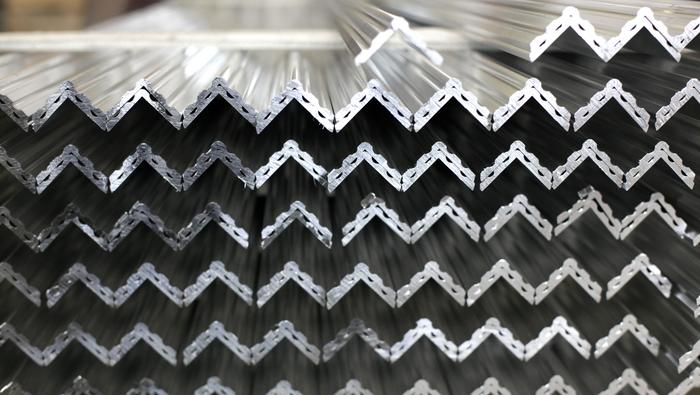 Aluminum prices may add to an already impressive rally as fallout from Russia’s invasion into Ukraine spreads across global markets. Although the United States and its Western allies have not specifically targeted Russia’s natural resources, the price of industrial metals and other commodities has reacted as if that were indeed the case. The Bloomberg Commodity Index, composed of 23 heavily-traded commodities, is trading at the highest level since September 2014 following an impressive 4.14% gain on Tuesday, the largest one-day percent increase since 2009. The breadth of strength across the asset class reflects the ripe macroeconomic conditions for a commodity rally.

Russia is one of the largest exporters of raw aluminum, supplying 10.1% of global exports in 2019, according to the Observatory of Economic Complexity (OEC). A low amount of global inventory to start with combined with growing demand as Covid restrictions recede further sets up a clear path for higher prices. Alcoa, a US-based aluminum company, said it would stop purchases and sales from and to Russia on Wednesday, casting more doubt on the availability of supply.

That decision may become commonplace across the global industry, given the difficulties induced by complex layers of sanctions. The logistical challenges of financing, insuring and securing shipments have already led to a steep drop in Russia’s port activity, with numerous companies suspending sales and purchases. Apple is one of the largest so far to do so. The market structure has fallen further into backwardation, with spot prices rising faster than contracts dated further out as aluminum-hungry companies secure the scarce amount available and speculators add bids.

Moreover, the industrial metal’s improving demand-side story may get a boost from China, the world’s biggest aluminum consumer. The annual National People’s Congress (NPC) is set to kick off this weekend. The country will update its economic and spending targets. Analysts expect to see a 5% to 6% growth target. Fiscal authorities in Beijing and the People’s Bank of China (PBOC) are expected to foster that economic trajectory with stimulus measures, including metal-hungry infrastructure spending.

Overall, it is hard to see a clear path where aluminum prices could fall over the next few weeks. A quick de-escalation from Moscow looks unlikely and demand is picking up elsewhere, fueling economic activity. Aluminum’s supply issues will worsen as the crisis drags on, and China’s legislative session is unlikely to disappoint the demand outlook, but it does represent a downside risk if growth targets register on the soft side of market expectations. 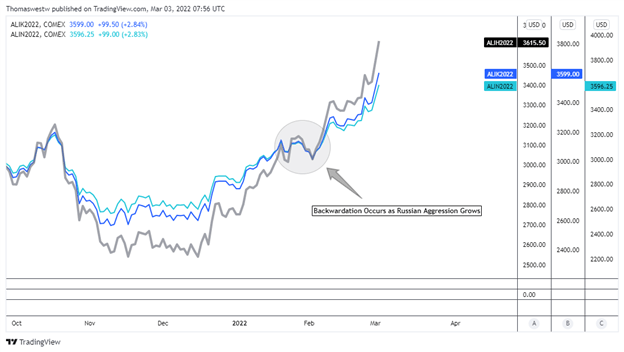