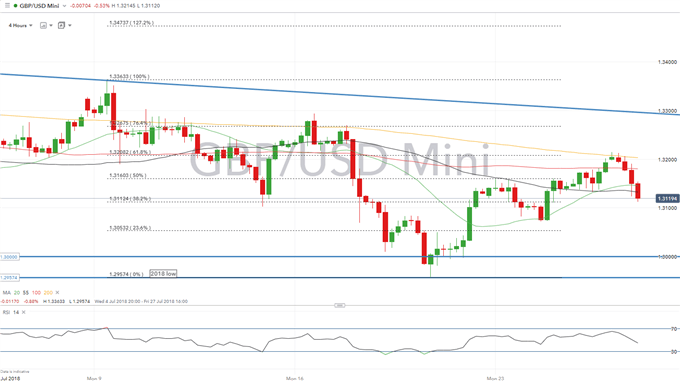 The Pound continues to remain a fundamentally weak as Brexit and political noise continues to detract flow into the currency. GBPUSD has seen a mild reprieve this week with newsflow regarding Brexit somewhat quieter as parliament go on recess. Subsequently, this has presented an opportunity to reload short positions in the pair with the outlook still negative below 1.32.

Elsewhere, the major focus for the Pound in the upcoming week is the BoE rate decision. As it stands, market pricing sits at 80% for a 25bps hike to 0.75%. Given that a hike is near enough fully priced in, the focus will be on the accompanying statement and the vote split. As a reminder, at the last meeting the vote split was a 6-3 hold with Chief Economist Haldane joining Saunders and McCafferty. Consequently, a 9-0 vote in favour of hiking rates could be somewhat of a bullish signal for the Pound, while the BoE signalling that another hike could happen in Q4 18/Q1 19, may also provide a lift as markets reprice for a rate hike.

However, with the BoE likely to reemphasise that hikes will be gradual and limited and with data suggesting that the underlying economy remains soft, the central bank could signal a one and done rate hike, which would likely push the Pound lower. Concerns over greater downside has also been reflected in the options market with GBP puts continuing to trade at a premium to calls. Risk premium has also elevated with break-evens at 120 pips.

US GDP for Q2 is expected to rise at a rather strong 4.2%, which would be the first time that GDP has surpassed 4% since Q3 2014. Risks are skewed to the upside with analysts suggesting the figure could reach as high as 5%, while FOX press reports earlier this week noted that Trump is said to see GDP at 4.8%. As such, this is likely to keep the US Dollar buoyed. Alongside this, the US-China trade spat has shown no signs from easing and a reaction to this has been further upside in the USD. This is despite the crowded USD long position suggesting that gains will likely be modest in the near term.

Another influence for the USD in the near term will be the Federal Reserve rate decision next week. Although, given that Powell’s testimony was just last week, it is unlikely that the Fed will deviate from the current script that rate hikes remain appropiate, which in turn suggests the influence will be small. 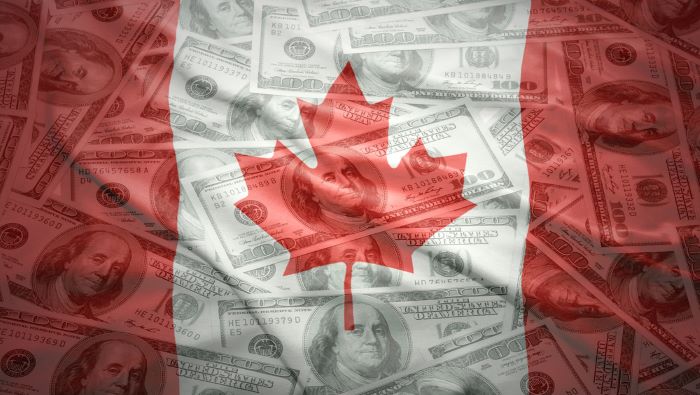 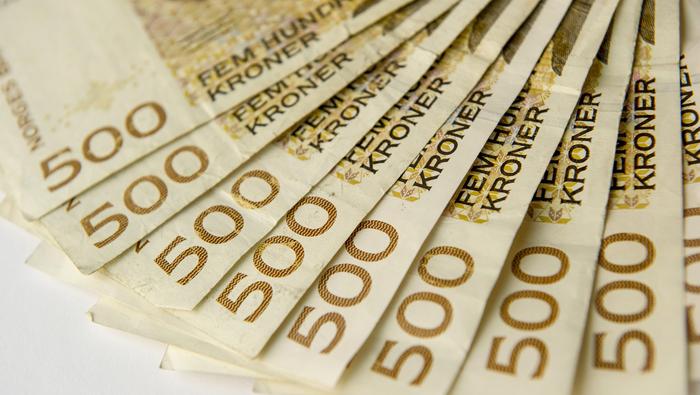