Recommended by John Kicklighter
See All of the DailyFX Q4 Top Opportunities in Our Guide!
Get My Guide

We are passing through a period of considerable upheaval in regards to expectations around growth, monetary policy and the financial system. Any number of surprises can result in a wholesale shift for the undercurrent of investor sentiment across the entire market – much less individual assets. That potential volatility is good for tactical trading but a definite encumbrance for positioning. As such, when I consider the landscape over the coming three months, I see many scenarios that can develop on fundamental and/or technical grounds; but frontrunning with an assumption for the outcome seems foolhardy. In short, I expect many trade opportunities to arise in the three-month stretch; however, there are not many prominent medium-term setups finding traction now at the turn of the quarter.

To track the source of opportunities heading into the fourth quarter of 2021, I take guidance from some of the biggest influences that can be registered. Setting aside direct ‘risk on / risk off’ options for tactical action within the period, I believe the global macro picture surrounding China makes for an interesting skew in the scenarios for USDCNH. There is interesting technical analysis to be extracted from the cross, but the pair does not follow the traditional patterns. Instead, it is more the product of political machinations. Through the end of the third quarter, beleaguered Chinese property developer Evergrande was headline news for its massive liabilities and default risks. More generally, its troubles reflect the debt boom in China and more systemic problems in the country’s opaque financial system. 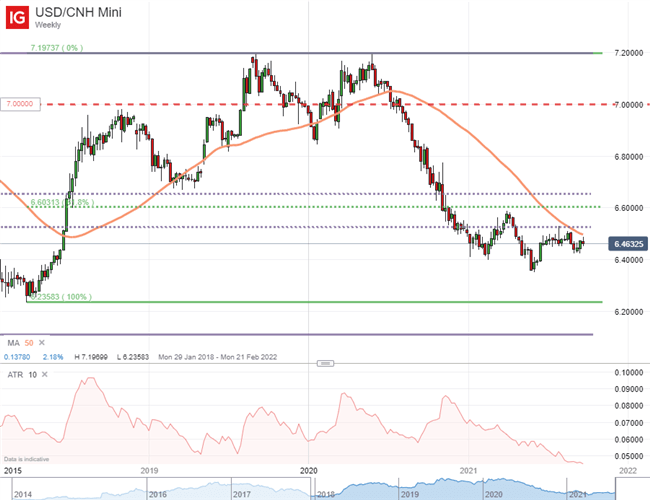 While the government will act to prevent contagion to its markets and economy, external pressure will still be felt. To help offset the domestic issues, a depreciation of its currency (rise in USDCNH) would offer relief through exports – a stratagem used frequently enough over the years. This time around though, a controlled rise in the exchange rate can have some grounding in diplomatic explanation as a natural reaction to China’s crackdown on its debt binge – and potentially even a reflection of ‘risk aversion’. 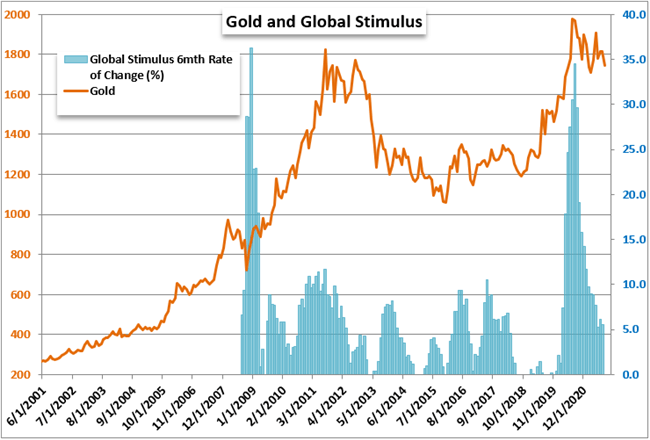 Another general theme that will no doubt be the launch of many macro trades – and cause serious tumult for those not tracking this dimension – is the transition in global monetary policy taking place through the second half of 2021. While the Federal Reserve’s announcement on September 22nd that it was on course for a taper and that a rate hike was likely next year topped the headlines, it was just one more group steering away from the perpetually expanding stimulus efforts. While there were some major policy authorities not ready to tap the breaks (European Central Bank, Bank of Japan, Swiss National Bank), others have signaled an intent to tighten (Bank of England, Reserve Bank of Australia) and some even acted to taper or hike (Bank of Canada, Reserve Bank of New Zealand, Mexican Central Bank). There are plenty of ‘risk asset’ implications and relative regional considerations in this shift, but I like the systemic perspective for Gold. The precious metal is the traditional ‘anti-fiat’, and it tends to suffer when yields rise and financial assets recover. This is a lumbering development; but for levels, I think 1,675 is notable support.

Recommended by John Kicklighter
See All of the DailyFX Q4 Top Opportunities in Our Guide!
Get My Guide