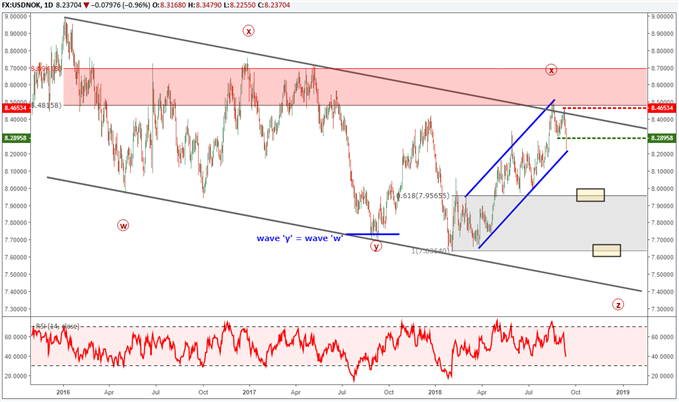 The longer-term Elliott Wave pattern in USDNOK from the January 2016 high appears to be an Elliott Wave complex correction lower. This pattern has been mostly contained the within a downward price channel. USDNOK has effectively created a lower high and lower low since testing the upper bounds of this channel in August 2018.

Therefore, we have enough technical evidence to trade a bearish stance against the recent swing high. There is some technical support near the blue support line near 8.21-8.22. Conservative traders may want to wait for a break of this level to confirm the resumption of the downtrend.

The longer-term pattern for EURNOK is not as clear as USDNOK. I can see longer-term bearish patterns, like a thrust from a triangle from July 2017 to Dec 2017 high. A bullish possibility is that near term prices are correcting lower in wave 4 of an ending diagonal that should hold above 9.00. However, the near term technical picture for EURNOK is bearish as trend line support was just broken earlier today. 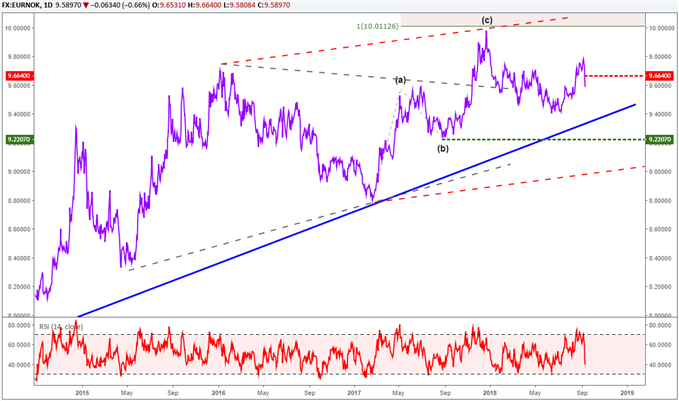 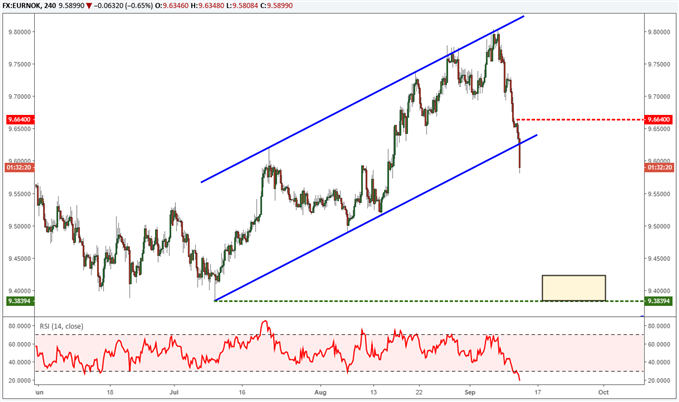 The long position for EURNZD was triggered on August 29 as NZD was breaking down. We moved the stop loss higher to 1.75 on September 4 while EURNZD continues to punch 3 year highs. As described in Monday’s webinar recording(34 minute mark of the video), when you are in a strong trend that continues to break higher, manually move the stop loss up to the next swing low.

Our viewpoint on EURUSD is that it is rallying in a larger corrective wave that may last for several weeks or months. NZD has been especially weak lately. Therefore, pairing EUR against NZD may have medium term potential.

In the case of EURNZD, we are continuing to hold the long EURNZD position but will adjust the stop loss higher to 1.76 to lock in at better than break even. Though this trend is strong, we will head to the exits at 1.80 as there is a bit of congestion in this price zone from back in 2015. 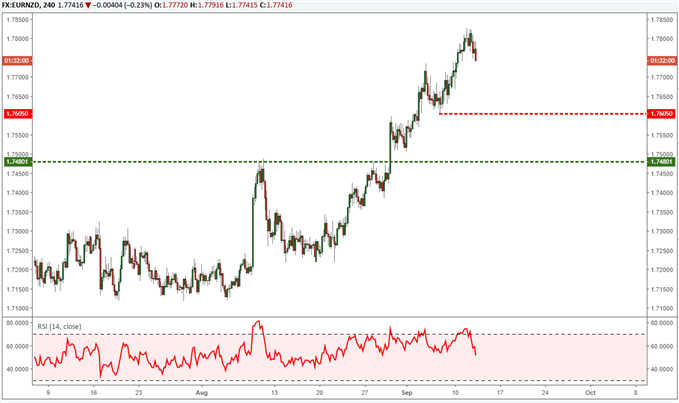 Risk to Reward Ratio 1 to 2

We studied millions of live trades to find what makes some traders successful over others. Risk to reward ratios was a common trait so we used that in our Traits of Successful traders research.