Last update in Analyst picks was 7/25...I wrote then that "In general, the US dollar is carving out a low. Some currencies have probably already topped against the buck and some will probably make a final push.

Currencies that have probably already topped against the USD

Scandi FX appears to have topped against USD

USDSEK-5 waves up from the low. Looking to buy pullback. Support is 6.4690-6.4840. (USDNOK may have also bottomed but USDSEK is a cleaner setup 'patternwise').

European FX might need a final high against USD

EURUSD and USDCHF may squeek out final price extremes before turning. Watch for EURUSD resistance at 1.3270/95 and USDCHF support at .9290.

The GBPUSD tagged the underside of former trendline support last night on the GDP print. That was the setup. Swing shorts are valid but one incurs more risk (obviously) by shorting down here as one more high still can't be ruled out (see USD pattern), especially with price above the Monday low (1.5257).

Commodity FX appears to have topped against USD

NZDUSD is at resistance now. Interestingly, the NZDUSD finds itself at the exact same level it was at 6 years ago. If you recall, the financial crisis really started in July 2007. There was an 'algo' carry trade crash that summer and NZDUSD topped at .8108 on 7/24 (closed at .8058 that day) then dropped nearly 15 big figures in less than a month. Kristian Kerr often talks about the psychological impact of high/low anniversary dates on markets. This one is especially interesting given that NZDUSD is at resistance within a larger downtrend. I am short as of 9:13 am."

UPDATE - USDSEK dropped into estimated support, turned up, and has exceeded the 7/25 high. Focus is higher against the 7/23 low. First target is 6.7770.

EURUSD and USDCHF are still 'turning'. Keep an eye on this trendline in EURUSD, especially with FOMC tomorrow.

The GBPUSD has led the EURUSD for all of 2013, sometimes by more than a month and sometimes by a few days. Remember June FOMC on 6/19? The GBPUSD had topped on 6/17 and the EURUSD squeezed out a final high on 6/19 before collapsing. Still, without a clean short term pattern to work with in any of the European currencies, I'm unlikely to take a stand in front of FOMC. Selling a spike into new highs might be an option tomorrow though.

USDCAD has stopped me out once at 1.0255 and may do so again at 1.0250. The market is quiet and there are better places to play in the short term although I remain in 'buy the dip' mode on a swing basis.

NZDUSD shorts from last week were exited today as price is testing the trendline that extends off of the 7/15 and 7/24 lows. Estimated resistance is .8035 and .8077 for re-entry.

Sentiment in the Forex Market (my book) 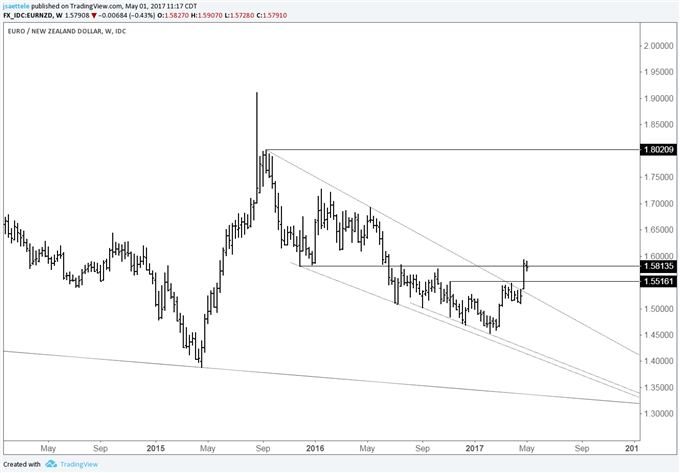 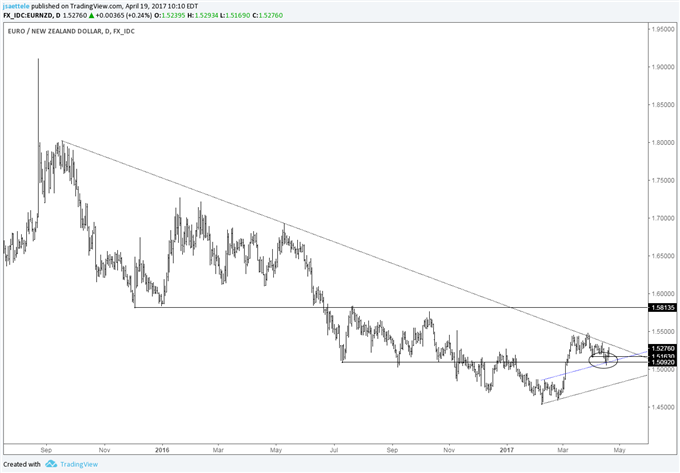 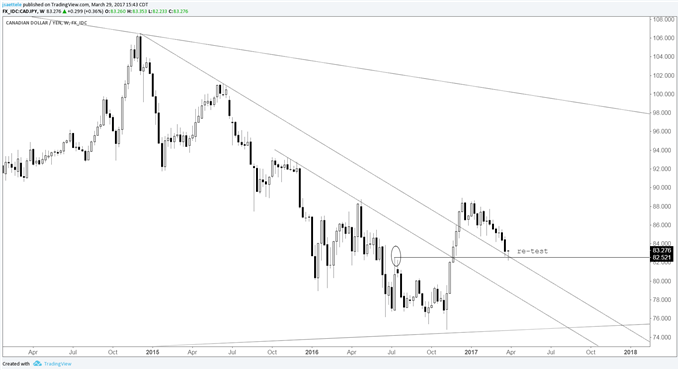 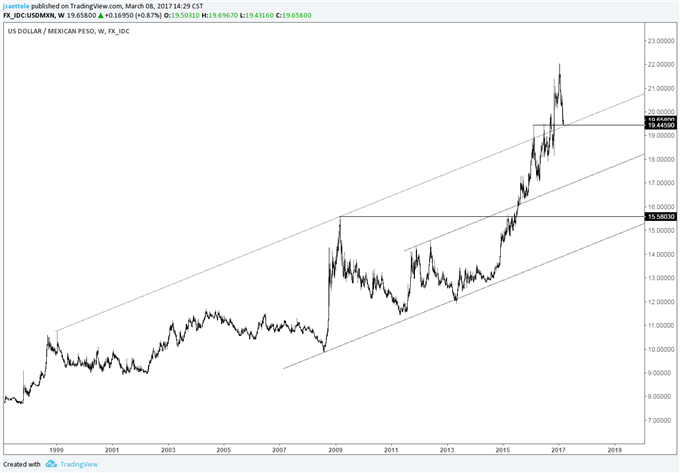