US Dollar Price Action Setups in EUR/USD, GBP/USD and AUD/USD

US Dollar Primed for Continued Volatility Ahead of July FOMC

It was a busy week across global markets and the next two weeks look to bring more of the same. While summer months were traditionally quiet period in markets, this summer is looking to be the outlier as a number of themes remain on center-stage. Next week, the European Central Bank is expected to cut interest rates by ten basis points. The week after, the FOMC is highly-expected to cut rates by at least 25 basis points, and perhaps even more depending on how bleak their economic forecasts have become.

This theme was in the spotlight this week as FOMC members gave a number of speeches ahead of the start of the ‘blackout period.’ This is the period in which FOMC members are prohibited from talking to the press ahead of a rate decision in the effort of eliminating noise of confusion, and this is what we’ll have for the next week-and-a-half. On one hand it’s a luxury that FOMC random drivers won’t be hitting the wires as Fed member commentary is digested; but on the other, it leaves markets to their own devices as expectations around the Fed are highly volatile at the moment.

This does present an element of opportunity, however, as we’re likely going to see a continuation of volatility around the US Dollar. Below are two setups on either side of the currency.

EUR/USD Bullish Potential with Hold Above 1.1175

The Euro may be looking at the peculiar scenario of a ‘rate cut rally’ around next week’s ECB rate decision. The European Central Bank is expected to cut rates deeper into negative territory with a ten basis point adjustment. And while rate cuts are rarely drivers of strength, the simple fact of the matter is that the ECB being dovish is nothing new. As a matter of fact, the bank has been dovish for pretty much the entirety of Mario Draghi’s reign atop the bank, and this is unlikely to change before he hands over control to former IMF head, Christine Lagarde.

The bigger question and perhaps driver around the single currency pertains to stimulus: Is the ECB nearing another round of QE? If the ECB touches on this at their Thursday rate decision, the Euro could certainly break-down; but is this something the bank really wants to get involved with so close to a leadership change? Not to mention the fact that a number of question marks remain around the Fed and just how dovish they might be moving forward, so this could be an opportune time to wait for the chips to fall elsewhere before pre-committing to an action that a new leader is going to have to manage and maintain.

From a price action perspective, EUR/USD continues to hold on to the higher-lows of the past month. This can keep the door open for topside until that changes; and if USD-weakness does show ahead of the FOMC rate decision, the topside of EUR/USD can remain as attractive, similar to what showed in late-Thursday price action around that quick rush of Dollar-weakness.

That quick rush of Dollar-weakness on Friday helped a beleaguered GBP/USD further recover. The early-portion of this week saw the pair spill down to fresh two-year-lows, catching support around the 1.2400 handle. Fears of a No-Deal Brexit are back in the headlines and with the seemingly inevitable move toward Boris Johnson as the country’s new Prime Minister, it looks as though this will be a negotiating chip that will not soon be removed from the table. This can keep pressure on the British Pound and if the US Dollar is heading for a scenario of strength ahead of the Fed, the short-side of GBP/USD remains as attractive.

At this point, price action in GBP/USD is testing the 1.2500-handle, and if this holds through the weekly close, a quick bounce could develop around next week’s open. But – provided that bounce remains below the Thursday swing-high of 1.2558 and perhaps more importantly the 1.2568-1.2591 resistance zone, the door for short-side swings can remain open. Target potential exists around 1.2442 followed by the two-year-low around 1.2400. If that price comes into play quickly, breakout-style logic could be adopted on the remainder of the position with trailed stops and quick scale-outs on the print of fresh lows.

USD/CAD Counter-Trend Potential on Hold Above 1.3000

I talked about this one in the Thursday webinar and after a very decisive month of prior bearish price action, USD/CAD may be ripe to rip. To be sure, this has little to do with the fundamental backdrop of either the US or Canada. As a matter of fact, that’s part of the reason I began looking at the short-side of the pair last month and that theme may even have potential for continuation. More pressing on a near-term basis, however, is the fact that this move appears oversold and thus far bears have shown no tolerance for a re-test of the 1.3000 psychological level. This has led to the build of a falling wedge formation, with the resistance side of that setup already being tested through earlier this morning. This type of formation will often be approached with the aim of bullish reversals and given the backdrop and proximity to support/resistance, that scenario could be attractive for next week. Initial target potential exists around 1.3132, which is a Fibonacci level that came into help form the July highs. That’s approximately 70 pips away from current market prices which could allow for a better than one-to-one with stops lodged below 1.3000. Beyond that, secondary target potential exists around 1.3200, followed by the prior support zone of 1.3250-1.3300.

AUD/USD Bullish Potential on Hold Above .7000

There’s another commodity currency pair presenting flip potential but this time, it’s on the other side of the US Dollar. AUD/USD has been one of my favored venues for plays of USD-strength. The pair has been helped by a dovish RBA that’s cut rates to record lows in Australia and when coupled with USD-strength, strong trends have shown.

More recently, however, bullish price action has come back into AUD/USD and I had looked at this in the Thursday webinar. Prices have rallied up to fresh two-month highs and the door could remain open for more. A hold of support above the .7000 big figure that helped to mark this week’s swing-low can open the door for bullish continuation scenarios. Target potential exists at .7085, .7125 and then the longer-term zone of resistance that runs from .7185-.7205. 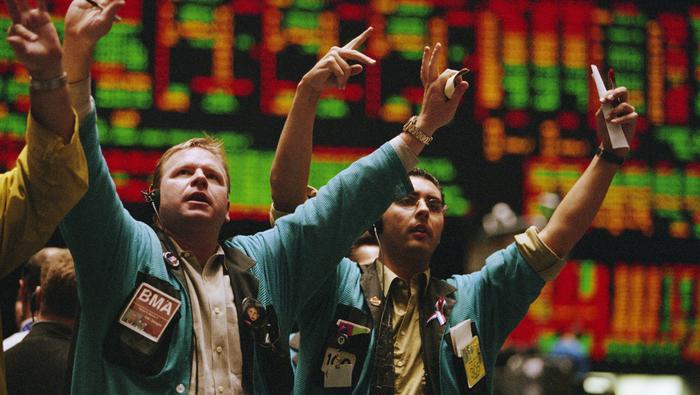