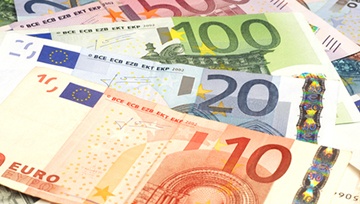 The Euro finds itself at a decisive technical boundary against the Canadian Dollar. Prices are perched squarely at support defining the rising trend from February 2017 lows. The move down from March 2018 highs guiding the cross to its present position may alternatively amount to a falling channel defining the newly emerging down trend or a Flag continuation pattern preceding uptrend resumption. Which of these ultimately proves correct will be determined when prices either break rising trend support or bounce from it to breach the downward-sloping resistance.

From a fundamental perspective, the downside scenario seems somewhat more compelling. A cautious improvement in Canadian economic news-flow relative to consensus forecasts over the past six weeks has been echoed in an upward shift in priced-in BOC rate hike expectations. A hike at the July policy meeting is now carries an implied probability of 75.5 percent. Meanwhile, the ECB may begin to signal a delay in winding down its QE program. A rate increase seems firmly off the table in the near term.

As it stands, an actionable trade setup is absent. An opportunity to enter short may be presented either on a break through trend support confirmed on a daily closing basis or a bounce that demonstrably stalls at channel/Flag resistance. Risk/reward considerations will need to be evaluated if either of these developments occurs to determine whether taking on exposure makes tactical sense beyond technical and fundamental considerations. In the meantime, having EUR/CAD on the radar as an emerging opportunity seems prudent. 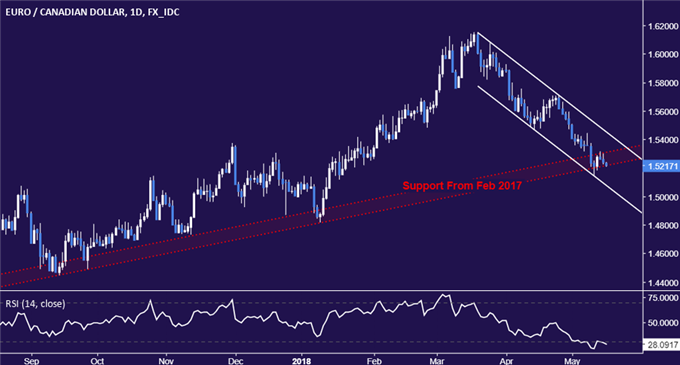 To contact Ilya, use the comments section below or @IlyaSpivak onTwitter