The recent rebound in EUR/USD appears to have stalled ahead of the European Union (EU) Summit in Brussels as officials turn their attention to Brexit, but the meeting may do little to shake up European currencies as chief negotiator Michel Barnier argues that ‘we need more time to reach a comprehensive agreement.’

Meanwhile, the Federal Open Market Committee (FOMC) Minutes may boost the appeal of the U.S. dollar as the central bank appears to be on a preset course to normalize monetary policy, and Chairman Jerome Powell & Co. may continue to strike a hawking tone at next meeting in November especially as ‘the Committee expects that further gradual increases in the target range for the federal funds rate will be consistent with sustained expansion of economic activity, strong labor market conditions, and inflation near the Committee's symmetric 2 percent objective over the medium term.’ 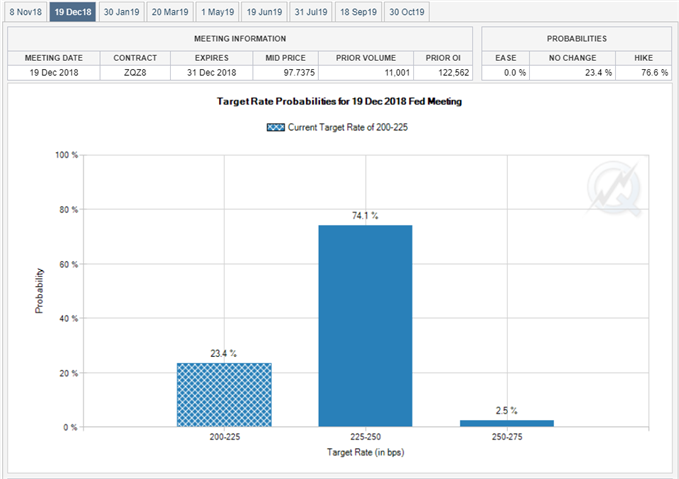 In turn, Fed Fund Futures may continue to reflect expectations for a December rate-hike as the U.S. economy sits at full-employment while the core Personal Consumption Expenditure (PCE), the Fed’s preferred gauge for inflation, climbs above the 2% target, and the hawkish forward-guidance for monetary policy may continue to foster a long-term bearish outlook for EUR/USD especially as the European Central Bank (ECB) remains in no rush to move away from its easing-cycle.

However, the near-term outlook for euro-dollar remains supportive as the decline from earlier this month fails to spur a test of the yearly-low (1.1301), with the exchange rate at risk for a larger correction if President Mario Draghi & Co. unveil a more detailed exit-strategy at the next meeting on October 25. Sign up and join DailyFX Currency Analyst David Song LIVE for an opportunity to discuss potential trade setups! 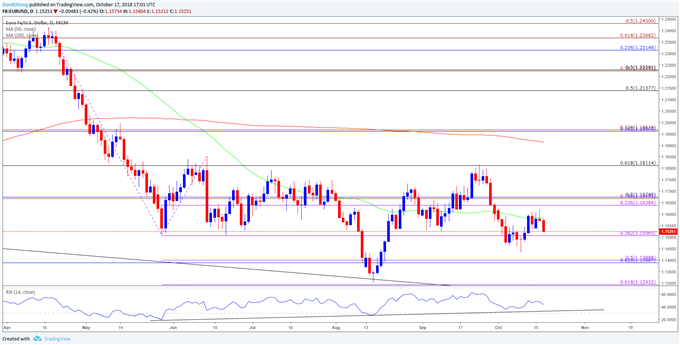