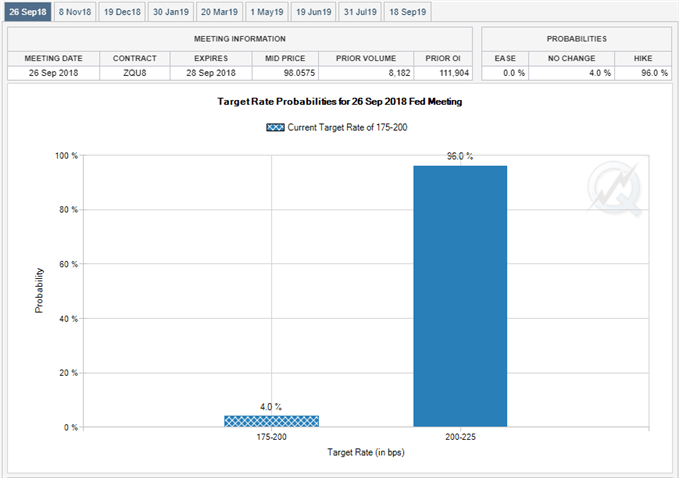 EUR/USD tumbles to a fresh 2018-low (1.1432) after snapping the series of higher highs & lows from earlier this week, with the exchange rate at risk of exhibiting a more bearish behavior over the coming days as the

Concerns surrounding the European banking system appears to be rattling the Euro amid the region’s exposure to Turkey, and the geopolitical risks surrounding the euro-area may encourage the European Central Bank (ECB) to further support the monetary union as ‘uncertainties related to global factors, including the threat of increased protectionism, have become more prominent.’

Even though the ECB pledges to wind down the quantitative easing (QE) program over the coming months, the Governing Council may merely attempt to buy more time at the next meeting on September 13, and President Mario Draghi & Co. may continue to endorse a dovish forward-guidance as ‘significant monetary policy stimulus is still needed to support the further build-up of domestic price pressures and headline inflation developments over the medium term.’

In contrast, the Federal Open Market Committee (FOMC) is widely expected to deliver a 25bp rate-hike next month, with Fed Fund Futures pricing a greater than 90% probability for n adjustment on September 26, and Chairman Jerome Powell & Co. may continue to prepare U.S. households and businesses for higher borrowing-costs as ‘the Committee expects that further gradual increases in the target range for the federal funds rate will be consistent with sustained expansion of economic activity, strong labor market conditions, and inflation near the Committee's symmetric 2 percent objective over the medium term.’

With that said, the diverging paths for monetary policy keeps the broader outlook tilted to the downside, with EUR/USD now at risk of extending the decline from earlier this year as it finally snaps the range-bound price action carried over from June. Sign up and join DailyFX Currency Analyst David Song LIVE for an opportunity to discuss potential trade setups! 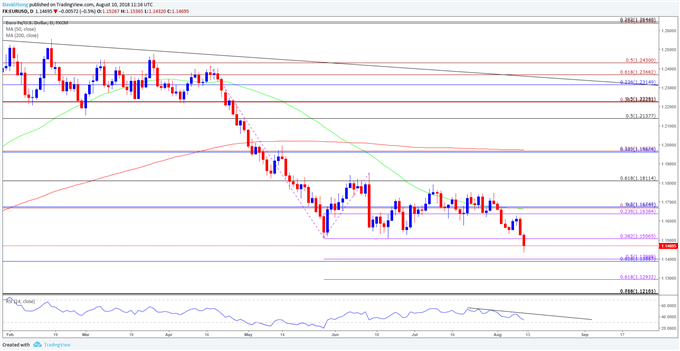