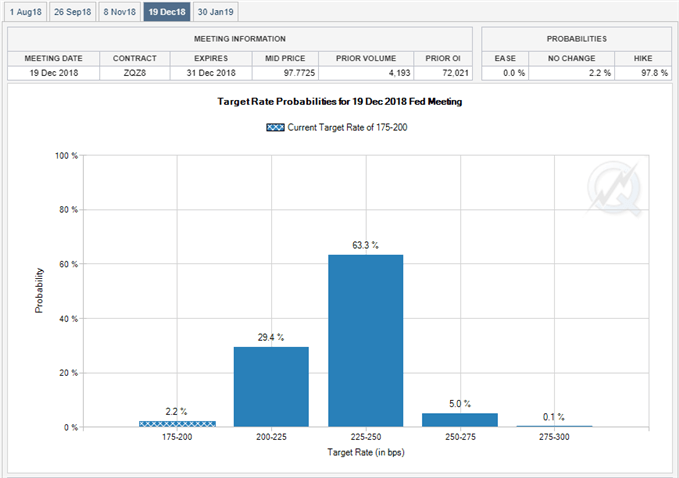 Post-ECB EUR/USD Range to Persist Ahead of Fed Meeting

EUR/USD struggles to hold its ground following the European Central Bank (ECB) meeting as the Governing Council remains in no rush to move away from its easing-cycle, and the failed attempts to test the monthly-high (1.1791) may spur a move back towards the lower bounds of its recent range if the Federal Open Market Committee (FOMC) continues to alter the forward-guidance for monetary.

It looks as though the ECB will stick to the current script until the quantitative easing (QE) program needs to be adjusted as the central bank pledges to ‘make net purchases under the asset purchase programme (APP) at the current monthly pace of €30 billion until the end of September 2018,’ and the lack of urgency to halt the non-standard measures may continue to produce headwinds for the Euro as President Mario Draghi & Co. keep the door open to further support the monetary union.

With that said, attention turns the to the Federal Reserve interest rate decision on August 1 as the central bank looks poised to further embark on its hiking-cycle, and fresh rhetoric from Chairman Jerome Powell & Co. may heighten the appeal of the U.S. dollar should the central bank prepare U.S. households and businesses for an imminent rate-hike.

Even though the FOMC is widely expected to keep the benchmark interest rate on hold, Fed Fund Futures continues to reflect growing expectations for four rate-hikes in 2018, with market participants now looking for a policy adjustment at each of the quarterly meetings in September and December.

As a result, a batch of hawkish rhetoric may trigger a bullish reaction in the dollar, and recent developments in the Relative Strength Index (RSI) highlights a more bearish fate for EUR/USD as the oscillator snaps the bullish formation from earlier this year. Sign up and join DailyFX Currency Analyst David Song LIVE for an opportunity to discuss potential trade setups! 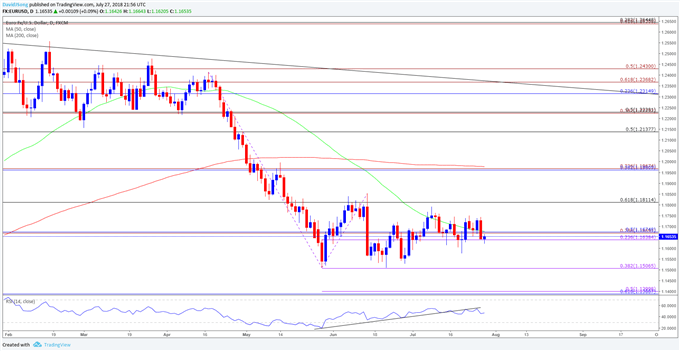