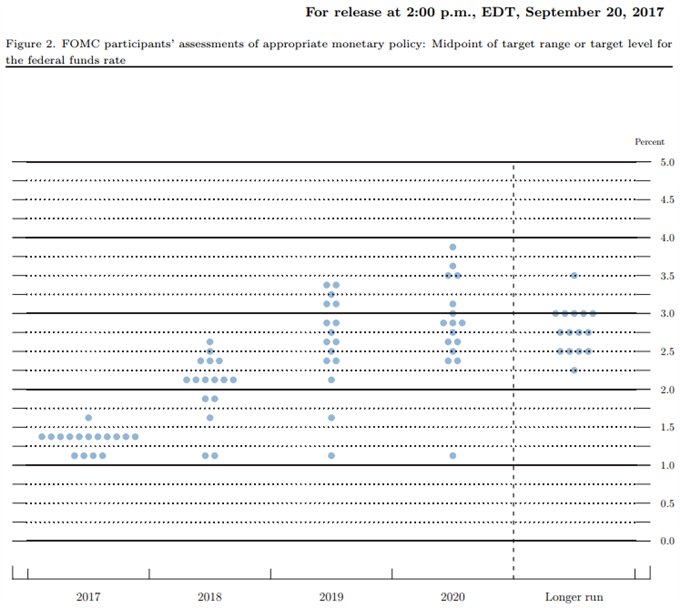 EUR/USD snaps the December opening range, with the pair at risk of facing a larger decline ahead of the Federal Reserve & European Central Bank’s (ECB) last rate decisions for 2017 as the U.S. Non-Farm Payrolls (NFP) report is anticipated to show the economy adding another 195K jobs in November.

A further improvement in labor market dynamics accompanied by a marked pickup in Average Hourly Earnings is likely to trigger a bullish reaction in the U.S. dollar as it encourages the Federal Open Market Committee (FOMC) to stay on its current course of implementing three rate-hikes per year. In turn, Chair Janet Yellen and Co. may show a greater willingness to further normalize monetary policy in 2018 as the central bank ‘expects that economic conditions will evolve in a manner that will warrant gradual increases in the federal funds rate.’

However, another batch of lackluster U.S. data prints may push the FOMC to deliver a dovish rate-hike in December, and the dollar may exhibit a more bearish behavior over the remainder of the year especially if a growing number of Fed officials trim the longer-run forecast for the benchmark interest rate. Interested in having a broader discussion on current market themes? Sign up and join DailyFX Currency Analyst David Song LIVE for an opportunity to discuss potential trade setups! 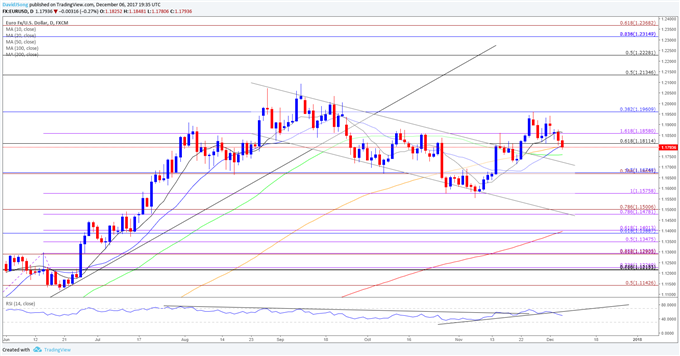 Broader outlook for EUR/USD has perked up as it breaks out of the downward trending channel from September, but the series of failed attempts to clear the 1.1960 (38.2% retracement) hurdle raises the risk for a near-term pullback as the pair carves a fresh series of lower highs & lows. The Relative Strength Index (RSI) highlights a similar dynamic as it snaps the bullish formation from November, with the next downside region of interest coming in around 1.1670 (50% retracement) followed by the 1.1580 (100% expansion) hurdle, which sits just above the November-low (1.1554).