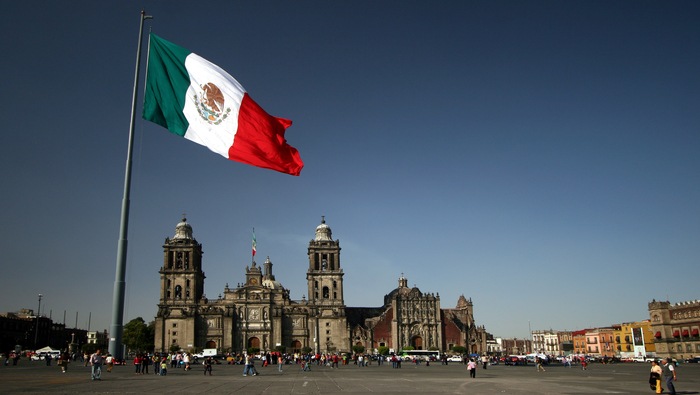 EUR/MXN Risks Tilted to The Downside as Banxico Meeting Looms

As Banxico’s next monetary policy meeting looms (May 13th), the Mexican Peso looks set to continue advancing against the Euro, which has been struggling to keep up its bullish momentum in recent sessions. The LatAm currency is facing rising inflation – the latest CPI data published on Friday showed that prices rose 0.37% in the month of April, taking the year-on-year figure to 6.08% - which is putting Banxico in a tough spot of deciding whether to take steps against overheating inflation despite the current economic difficulties.

Whilst most analysts predict the rate to remain unchanged at 4% on Thursday, a more hawkish Banxico would be positive for the Mexican Peso. Given how many other central banks have already started to take steps towards adjusting their monetary policies post-Covid, it wouldn’t be crazy to assume that Banxico may also be considering some monetary loosening, or at least hint to it. Either way, EUR/MXN seems in a good position to break lower if Peso bulls are convinced at Thursday’s meeting.

If so, lookout for a break below the 50-day simple moving average (24.19) to confirm a continuation of a bearish pattern, followed by the recent support at 24.06. A break below this area is likely to induce sellers to get the pair below the 24 pesos mark, at which point there is likely to be strong support, with 23.91 being the immediate area to look out for.

That said, the bearish attempt in EUR/MXN has stagnated in recent sessions, with the pair unable to drop below the 24 pesos mark since April 27th. Even before then, EUR/MXN has stayed above 23.75 since January, when the renewed spread of Covid-19 cases sent investors flocking to safety. Since then, vaccinations have improved the health situation in most developed countries, with Latin America falling behind. For that reason, as Europe advances in its vaccination program, the Mexican Peso may struggle to gain a solid foot against the Euro. If EUR/MXN is unable to push lower, look for a break above 24.44 for bulls to regain control. 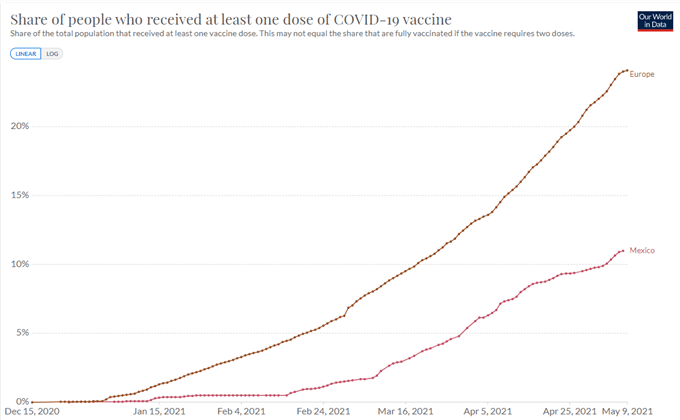