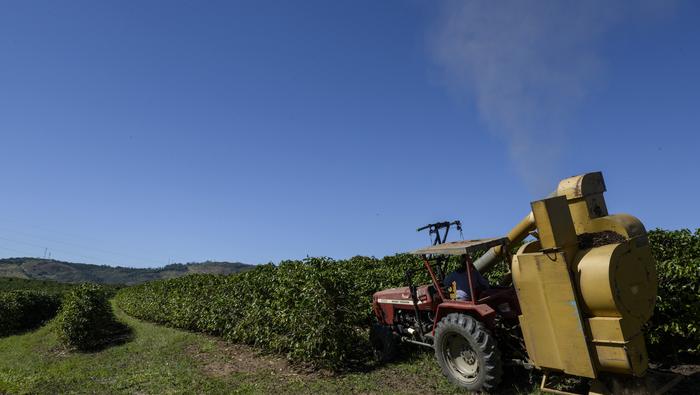 Coffee prices are trading near the highest levels seen since late 2011 after January pushed them nearly 4% higher – adding to robust strength seen in 2021. Last year’s surge was largely the result of poor weather conditions across coffee-exporting countries and broader supply chain woes brought on by the Covid pandemic.

However, a short-term drop in prices may be brewing. That is because portions of Brazil – the largest coffee-exporting country by volume – have rain in the forecast over the next week. Drought and near-drought conditions across the South American country helped propel prices higher last year. The effect of these dry conditions will persist as a tailwind for coffee for some time, but a good soaking may temper the impact to some extent.

The latest Commitments of Traders report shows a drop in long bets (-179) for non-commercial traders (speculators) for the week ending January 25. However, short bets increased at a larger pace (+647). The increase in shorts and corresponding decrease in longs suggests that traders are positioning themselves for a drop in prices, which may be due to rainfall speculation. That said, this trend may continue in the near term if weather forecasts pan out. 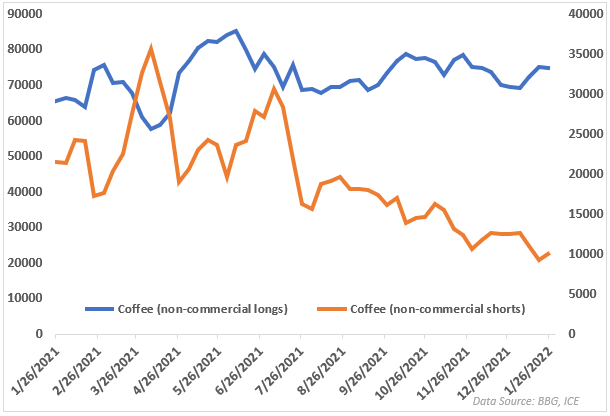 Coffee is trading just above its 26-day Exponential Moving Average (EMA). Prices have consolidated since rising sharply in November. That has formed a rudimentary Symmetrical Triangle pattern, which could lead to a breakout in the coming weeks.

Currently, the Average True Range (ATR) is sitting near the lowest levels since October 2021, reflecting the drop in volatility amid price consolidation. If coffee manages to break higher, a run up to the 161.8% Fib extension at 272.00 may be on the cards. Alternatively, slipping below support could push prices down to an alternative 161.8% Fib below the triangle, at 205.45. 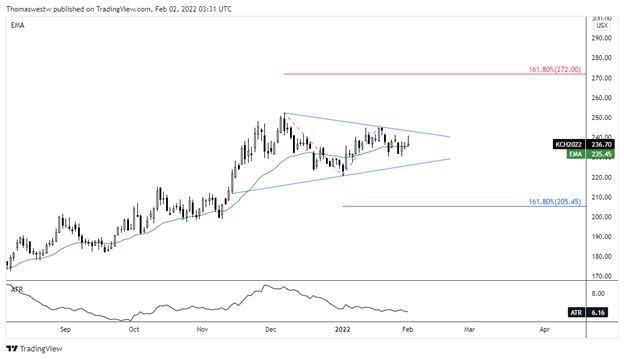