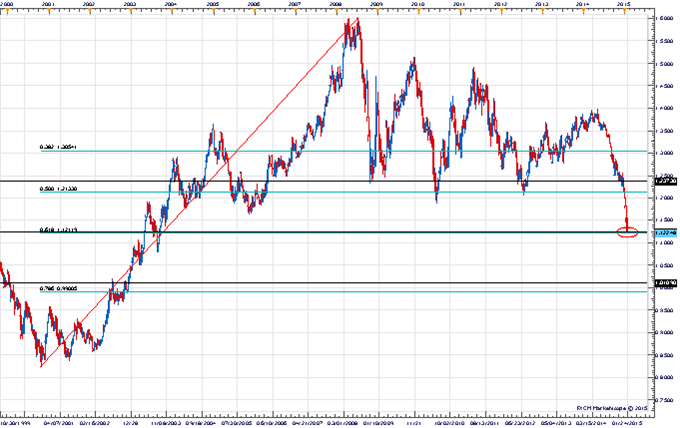 Sell The Rumor Sell The News?

Over the course of my 15 year career in the financial markets I have seen two stock market crashes, a real estate crash, an energy crash, a flash crash, several investment banks go under and the list goes on. I thought I had pretty much seen it all. Then last week happened and a major developed currency crashed 30% over a matter of minutes. If nothing else it was a good reminder that anything can and will happen in the financial markets. This brings me to EUR/USD. After perhaps one of the most telegraphed moves in recent history the euro has continued to collapse in the wake of the ECB decision to launch a QE program. The conditions surrounding this latest decline continue to send off red flags from a sentiment, positioning and statistical standpoint, but so far the markets could care less. It would be highly unusual for the conditions in place not to lead to some sort of meaningful counter-trend move, but after last week highly unusual has clearly become the new normal. My work with cycles suggests the next few days are absolutely critical for the euro. At the same time the single currency is testing and so far breaking a critical price zone at 1.1210/40 as this marks the 50% retracement of the 1985 “Plaza Accord low” (using synthetic rates) and the all-time high in 2008 and the 61.8% retracement of the all-time traded low in 2000 and the 2008 high. Failure to get back above 1.1240 within the next couple of days will continue to favor the “highly unusual”.

Key Event Risk in the Week Ahead: 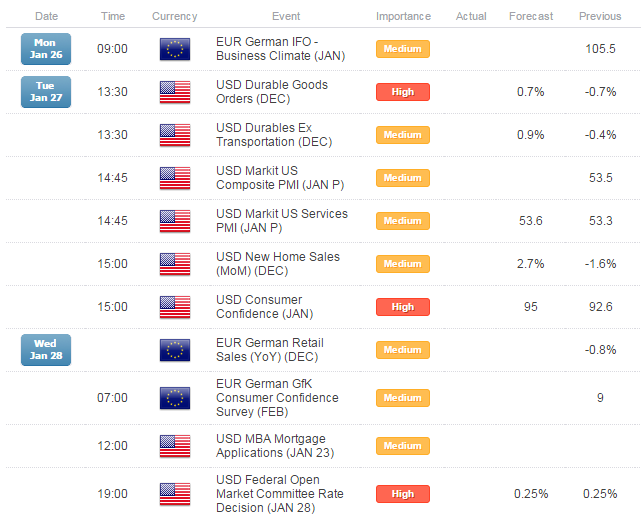 Entry: Buy EUR/USD if it closes above 1.1240 within the next couple of days