Analysis: Turn in the Kiwi?

The writings of the early 20th century trader WD Gann often mention the 45 to 49 day trend cycle count in commodities. Gann suggested to look for changes in trend around this frequency if a commodity advanced or declined undisturbed in the interval. In modern times this is often referred to as the Gann death cycle as this is when trends are prone to subside or “die”. The high of the year in NZD/USD came on April 11th and with the exception of the minor correction higher in late April the downtrend has been pretty steady. In trading days this works to 40 days down as of Thursday. Should NZD/USD continue its broad decline into next week we will begin to look for signs of a change in trend.

Of course a potential Gann death cycle is not reason enough alone to fade such a strong trend. Ideally we would also like to see key support levels successfully tested around this time as well. Over the next few days we will be closely watching the support zone between .7840 and .7870 as this marks a convergence of the 9th square root progression of the year-to-date high and the 61.8% retracement of the November 2011 low to April high.

Looking for other ways to pinpoint sentiment extremes in the Kiwi in real time? Try the Speculative Sentiment Index. 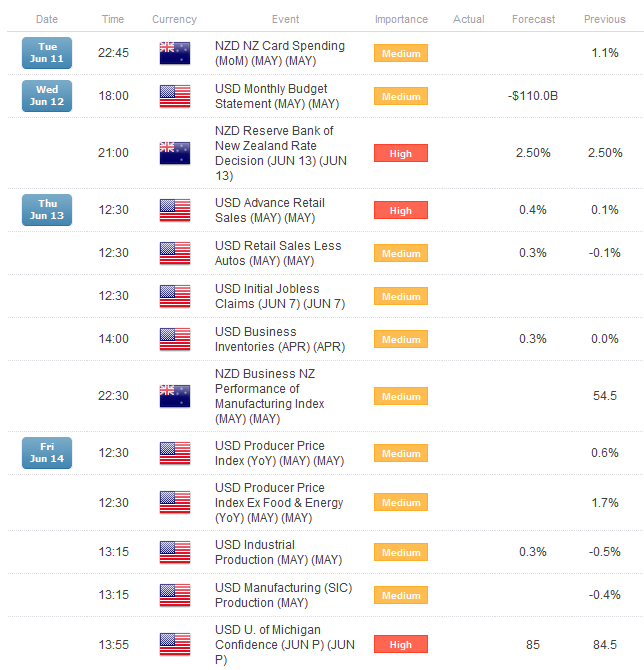