Selling USD/JPY over the past few months has been a pretty painful experience for those that have tried. With the exception of the late February swoon of almost 4 big figures the uptrend in the exchange rate has been remarkably steady. However, after last week’s failure at key Gann resistance related to the February low in the 96.55 area the pair has begun to show some signs of distribution; most notably a clear failure to even re-test the recent high this week. With our shorter-term cyclical studies having turned negative on Thursday, it looks like the timing is right to begin operating from the short side. The 94.60 level is an important Gann support and weakness below this level will be further evidence that a decline of some importance is starting.

The time of year also supports a possible counter-trend move as the end of the month coincides with the end of the fiscal year for corporate Japan. It is around this time that Japanese corporations traditionally repatriate capital for balance sheet purposes. It is also at this time when many hedging decisions are made and with the Yen so week over the last 12-months we imagine corporate treasurers will be busy. This could have significant flow through impact on the spot market. 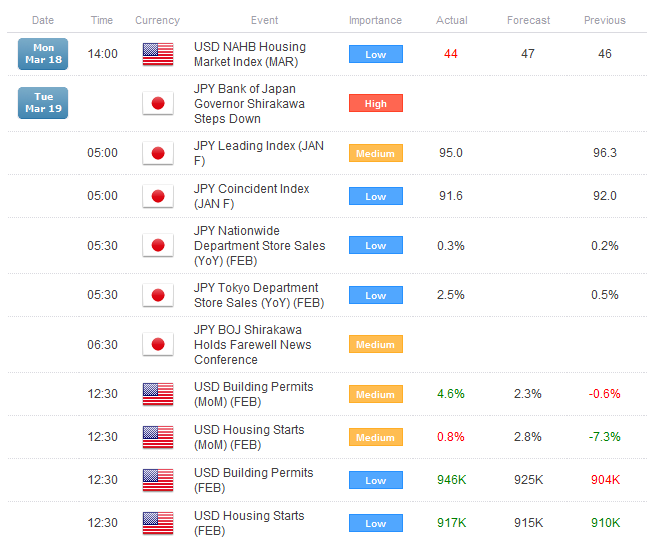