The Golden Cross: What is it and How to Identify it when Trading? 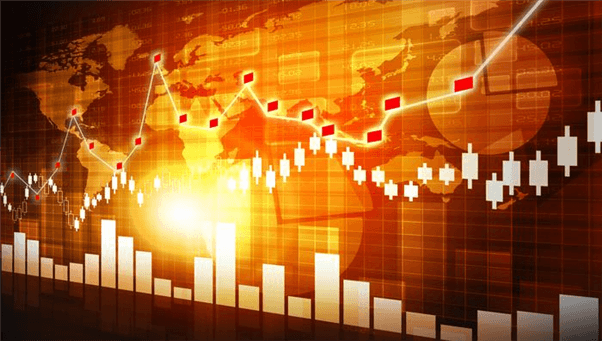 The ‘golden cross’ is a term often mentioned in trading circles due to its usefulness in spotting changes in trends while also being incredibly easy to use. This article will explain the concept of the golden cross, how to identify the golden cross and explore complementary indicators to use alongside the simple moving averages when analyzing changing trends.

What is a Golden Cross?

A golden cross occurs when the 50 simple moving average (SMA) crosses above the 200 SMA. The golden cross provides a bullish backdrop to the market as short-term price momentum advances higher, with the potential to evolve into a new long-term trend (uptrend).

How to Identify a Golden Cross

There are three main stages to the formation of the golden cross:

1. The lead up: Price action consolidates or, in some scenarios, turns sharply higher after trending lower for a considerable period of time. This provides the initial clue that the downtrend may be starting to lose momentum and could even result in an eventual trend reversal. The 50 SMA remains below the 200 SMA during this stage.

3. Continued upward momentum: Price action advances higher after the golden cross is observed, often creating a fresh new trend (uptrend). Ideally, in this stage you may observe the shorter 50 SMA acting as dynamic support for price action and price continues to trade above the 50 SMA for some time. 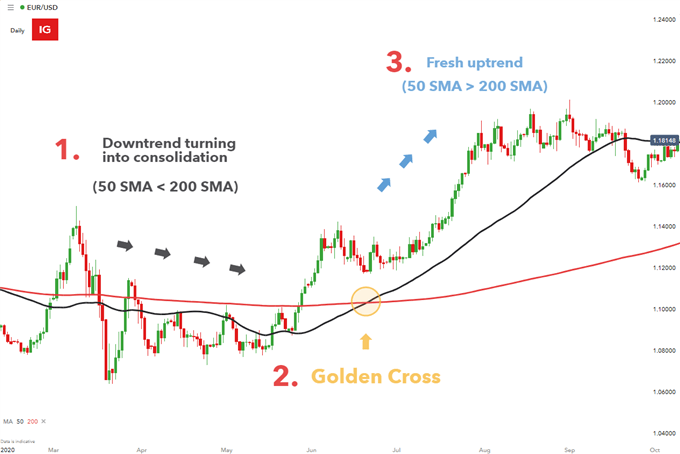 In addition to this, there are a number of technical indicators that can be utilized alongside the SMA when analyzing developing trend reversals, which are explored below.

Useful Indicators to Use with SMAs

For a trend to develop, a market first needs to break out of an existing range or consolidation phase. This can be analyzed purely from a price action point of view (observing price breaking above resistance or below support) or via the use of an indicator.

The chart below depicts a break above the Donchian channel with continued momentum (red circle), suggesting that a new trend may be emerging. 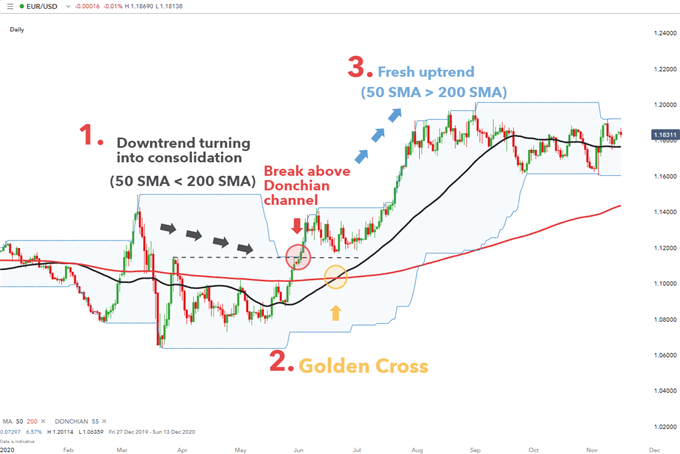 Since the golden cross seeks to identify a bullish trend reversal, it makes sense to use trend following indicators after the market has broken out of a period of consolidation. 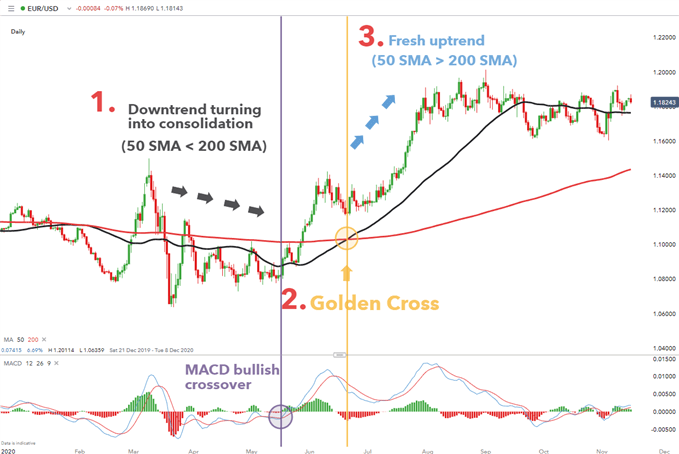