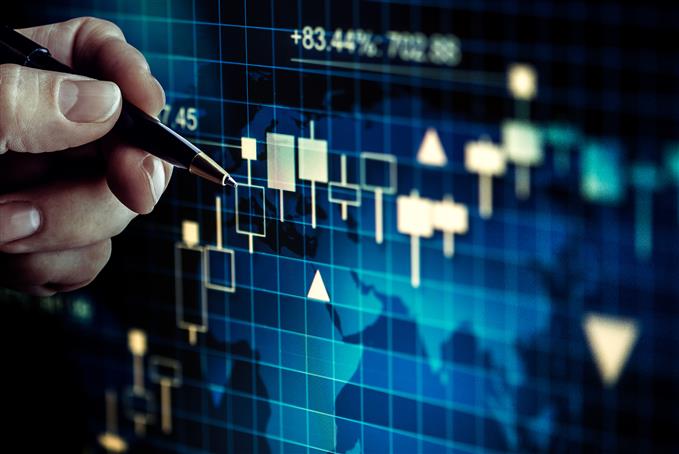 Types of Doji: The Patterns All Traders Should Know

A Doji candlestick signals market indecision and the potential for a change in direction. Doji candlesticks are popular and widely used in trading as they are one of the easier candles to identify and their wicks provide excellent guidelines regarding where a trader can place their stop.

In this article we explain how Doji patterns are formed and how to identify five of the most powerful and commonly traded types of Doji: 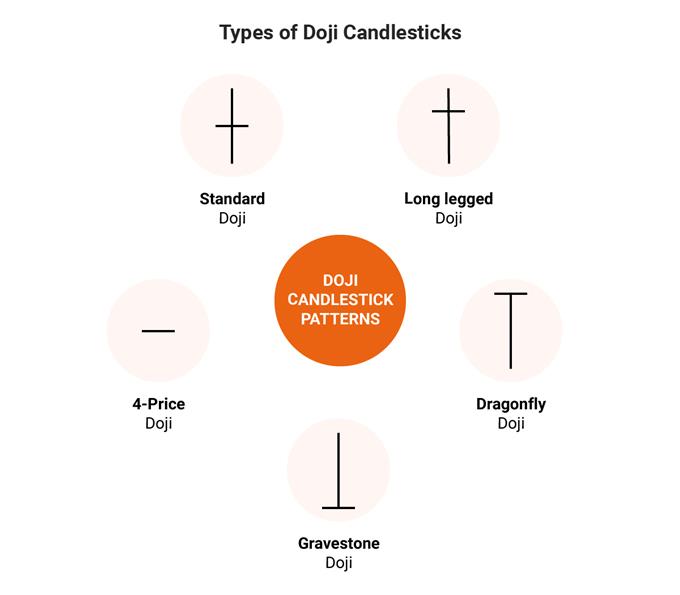 How are Doji candlestick patterns formed?

Dojis are formed when the price of a currency pair opens and closes at virtually the same level within the timeframe of the chart on which the Doji occurs. Even though prices may have moved between the open and the close of the candle; the fact that the open and the close takes place at almost the same price is what indicates that the market has not been able to decide which way to take the pair (to the upside or the downside).

Keep in mind that the higher probability trades will be those that are taken in the direction of the longer-term trends. When a Doji occurs at the bottom of a retracement in an uptrend, or the top of a retracement in a downtrend, the higher probability way to trade the Doji is in the direction of the trend. In case of an uptrend, the stop would go below the lower wick of the Doji and in a downtrend the stop would go above the upper wick. 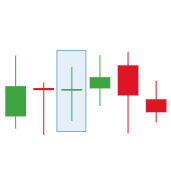 A Standard Doji is a single candlestick that does not signify much on its own. To understand what this candlestick means, traders observe the prior price action building up to the Doji.

Trades based on Doji candlestick patterns need to be taken into context. For example, a Standard Doji within an uptrend may prove to form part of a continuation of the existing uptrend. However, the chart below depicts a reversal of an uptrend which shows the importance of confirmation post the occurrence of the Doji. 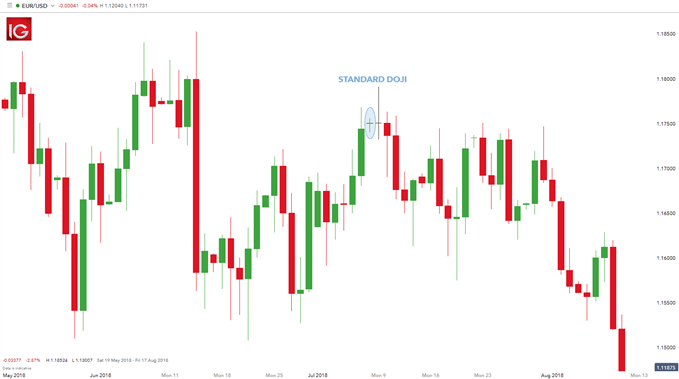 The Long-Legged Doji simply has a greater extension of the vertical lines above and below the horizontal line. This indicates that, during the timeframe of the candle price action dramatically moved up and down but closed at virtually the same level that it opened. This shows the indecision between the buyers and the sellers.

At the point where the Long-Legged Doji occurs (see chart below), it is evident that the price has retraced a bit after a fairly strong move to the downside. If the Doji represents the top of the retracement (which we do not know at the time of its forming) a trader could then interpret the indecision and potential change of direction. Subsequently looking to short the pair at the open of the next candle after the Doji. The stop loss would be placed at the top of the upper wick on the Long-Legged Doji. 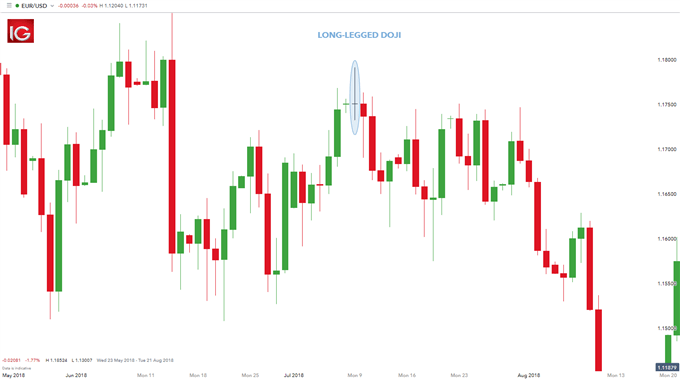 The Dragonfly Doji can appear at either the top of an uptrend or the bottom of a downtrend and signals the potential for a change in direction. There is no line above the horizontal bar which creates a ‘T’ shape and signifies that prices did not move above the opening price. A very extended lower wick on this Doji at the bottom of a bearish move is a very bullish signal. 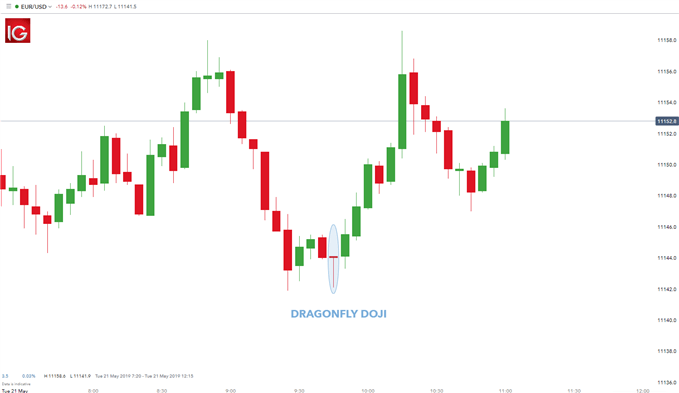 The Gravestone Doji is the opposite of the Dragonfly Doji. It appears when price action opens and closes at the lower end of the trading range. After the candle open, buyers were able to push the price up but by the close they were not able to sustain the bullish momentum. At the top of a move to the upside, this is a bearish signal. 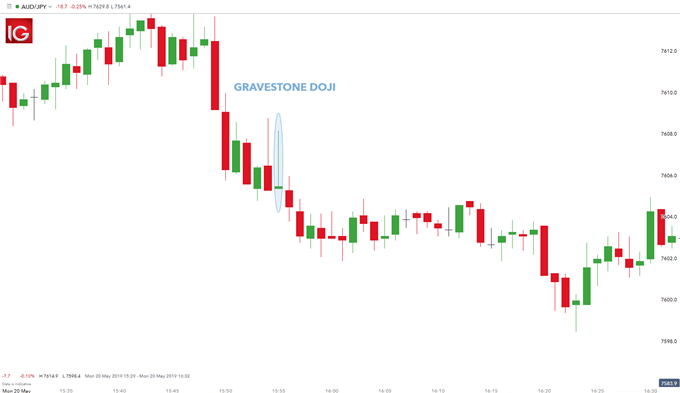 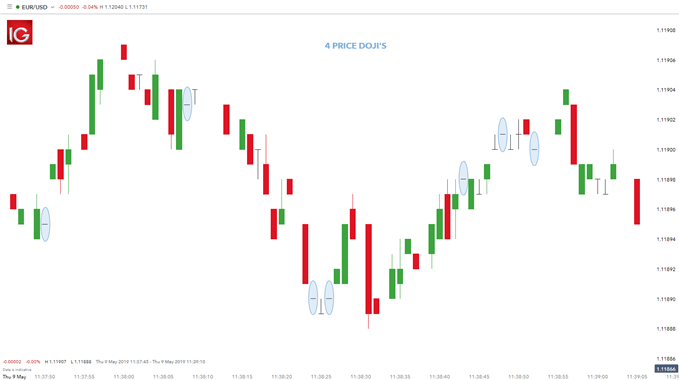 Learn more about trading with candlesticks

1. The time frames of trading