How to Trade the Dark Cloud Cover Candlestick 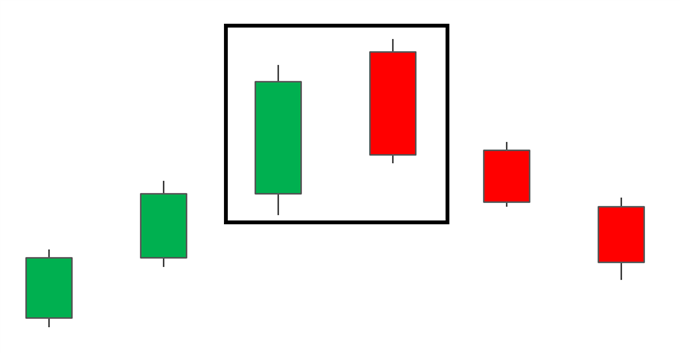 The Dark Cloud Cover pattern is used by many traders to spot reversals in the market and achieve favorable risk to reward ratios. It is fairly easy to spot, however, traders need to view the formation of the Dark Cloud Cover candlestick in conjunction with other crucial factors and avoid simply trading as soon as the pattern appears.

The Dark Cloud Cover is a type of forex candlestick, and before continuing, readers should ensure they have a good grasp on how to read a candlestick chart.

This article will cover the following:

What is a Dark Cloud Cover Pattern?

The Dark Cloud Cover pattern is a candlestick pattern that signals a potential reversal to the downside. It appears at the top of an uptrend and involves a large green (bullish) candle, followed by a red (bearish) candle that creates a new high before closing lower than the midway point of the previous green candle. 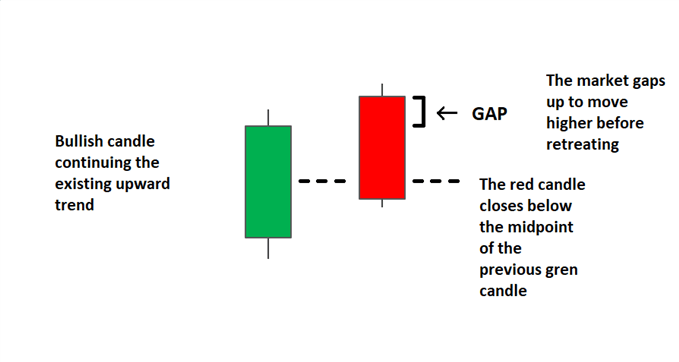 How to identify a Dark Cloud on Forex Charts 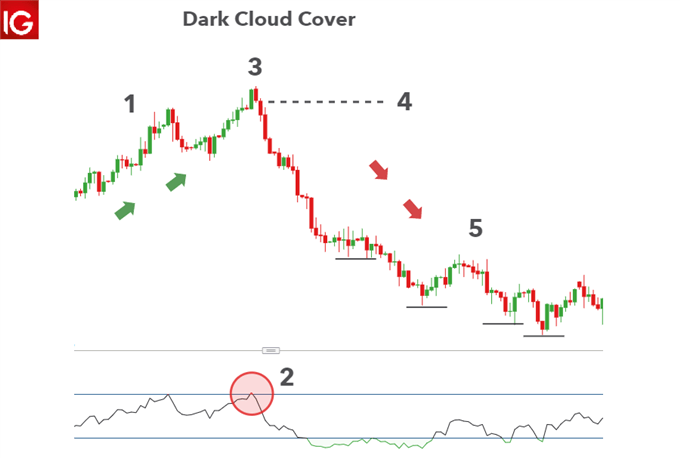 How to trade using the Dark Cloud Pattern

Traders can look to trade more traditional trending markets such as the GBP/USD or EUR/USD, but can also incorporate Dark Cloud Cover technical analysis in ranging markets.

Below is an example of the Dark Cloud Cover pattern in forex, specifically, the GBP/USD forex pair. Refer to the chart for more information.

This Dark Cloud Cover checklist can be used to analyze a potential trade: 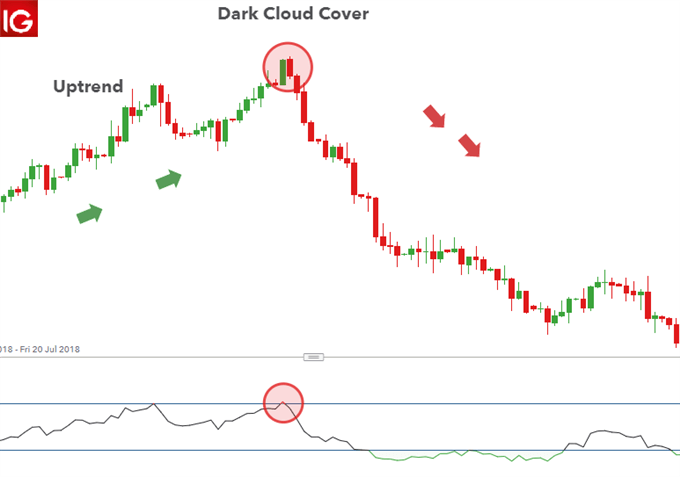 Entry levels, targets and stops can be easily identified when taking a look at the zoomed in chart below. The entry can be placed at the open of the next candle, after the Dark Cloud Cover pattern has formed. 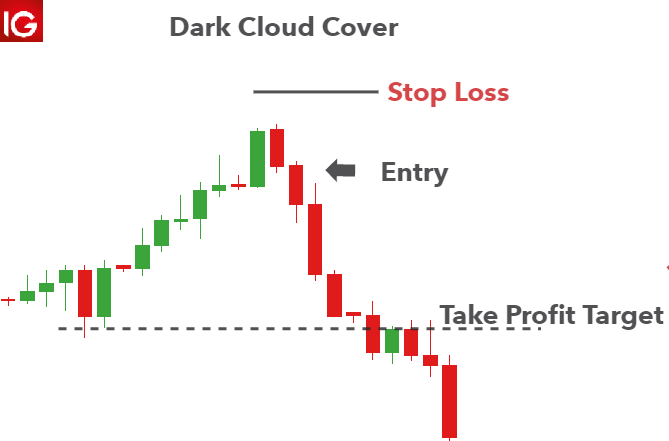 Stops can be placed above the recent swing high and the initial target level can be set at key levels or recent areas of support/resistance. It is worth noting that because the trade is potentially the starting point of an extended move down, traders can set multiple target levels.

Learn more about trading with support and resistance.

A similar strategy can be applied in a ranging market where price tends to ‘bounce’ between support and resistance. The below example shows a period of consolidation in GBP/USD when it was clearly not trending in any direction. The Dark Cloud Cover pattern appearing near resistance provides a short signal and should there be enough momentum, could turn into a breakout trade - as it did in this example. 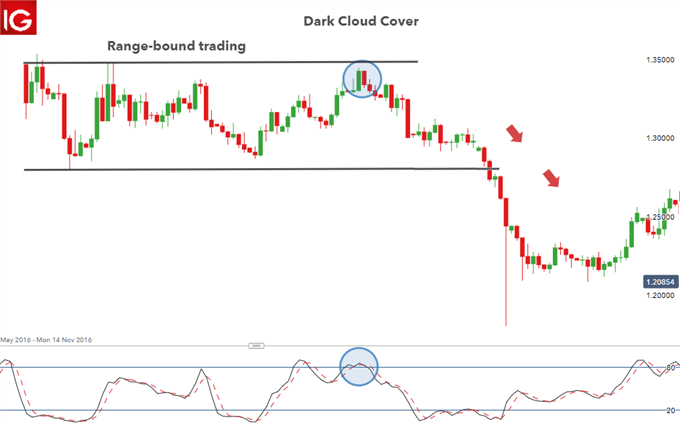 Advantages and limitations of the Dark Cloud

The validity of the Dark Cloud, like all other candlestick patterns, depends on the price action around it, indicators, where it appears in the trend, and key levels of resistance. Below are some of the advantages and limitations of this pattern.