How to Trade FX for Stock Traders

How to Trade FX for Stock Traders:

Traders often share common traits, regardless of what asset class they happen to navigate – stocks, currencies, commodities or any range of other markets. The challenge of making a jump from one market to another is often found in our own comfort and beliefs, not in what motivates the collective masses. An observant market participant with a self-starter attitude and disciplined mindset can translate many of their foundational strategies and analysis techniques, despite the appearance of surface-level differences. In both stock and forex trading there are risks of loss, and these risks should be considered.

In the case of capital markets, forms of analysis often take familiar shapes. Specifically in foreign exchange and equity trading, many of the underlying fundamental themes are derived from the same sources. For example,a collection of stocks like the semiconductor sector is largely dependent on underlying global economic growth.

If the world’s economy is robust, demand for semiconductors typically rises which in turn bolsters such companies’ revenue. That is what is often referred to as a ‘global macro’ influence. This is very much like the Australian Dollar which tends to perform well when global growth is strong as demand for the country’s exported resources and its high yield swell.

Conversely,ifglobal growth slows, both the semiconductor industry and the Australian Dollar could be expected to face headwinds as demand for both is revised lower., This perhaps underappreciated relationship allows the same – it could be argued, more accessible – theme to drive two seemingly unrelated assets along a strongly correlated path..

This relationship exists in other pairs and stocks on the opposite end of the so-called ‘risk spectrum’ as well. In times of recession, stock-traders will seek “safer” industries like the consumer staple or utility sectors in an attempt to conserve capital. In more severe bouts of uncertainty, virtual full divestment from equities has seen correlations across shares and sectors surge to exceptional levels. In FX, risk aversion traders have frequently showed preference for the US Dollar, Swiss Franc and Japanese Yen owing to the liquidity, scale of their underlying economies and even simple habit.

Such a relationship allows a stock trader to quickly grasp some of the core driving forces in the currency market, while in turn removing some of the noise that exists for single stocks, the sectors and even on the scale of the larger indices . Following the course for growth forecasts and/or general sentiment across the financial system can be a more manageable endeavor than quickly interpreting unexpected corporate updates or evaluating a stock relative to industry to economy.

Further still, classic forms of technical analysis are essentially indistinguishable in practical application between stocks, commodities and foreign exchange trading. Fibonacci retracement, moving averages and trendlines are notable and readily translatable tools, but others more complex methods like Elliott Wave theory and time cycles apply as well. Perhaps one of the few differences in technical terms is the prevalence of gaps given the large gaps that can arise in shares between exchange sessions. While there are some strategies that look to capitalize on large jumps in off hours, pursuing such unnavigable volatility is note a common approach.

Ultimately, if a trader heavily release on chart and historical price based forms of analysis on stocks, foreign exchange trading can seem far more familiar with a knowledge base from which new entrants can start their FX trading.

One of the attractive attributes of stock trading – whether market participants acknowledge it or not – is the various levels of volatility across shares. As a rule of thumb, mega-cap stocks like Microsoft and Apple are typically viewed as “safer” investments relative to smaller stocks like Netflix. This paradigm exists for a multitude of reasons, but it can be simplified down to aspects like historical performance, financial reporting, future outlook, stability and liquidity.

While historical performance and quarterly forecasts are largely beholden to the fundamental side of the market dynamic, stability and liquidity are more a product of the asset class. Understandably, a little-known stock with an uncertain backdrop and few buyers and sellers has the potential to be highly volatile. This potential volatility can raise the prospect of risk to investors as well as create the opportunity for diversification and trading strategies that lend themselves to high volatility. 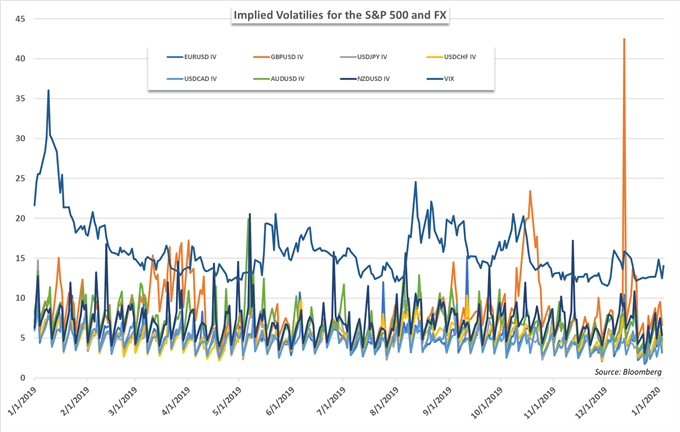 To that end, the foreign exchange market also has its own range of highly volatile pairs. Outside of the ‘majors’ (the most liquid, Dollar-based pairs), and occasionally within, volatility can be amplified as economic data – akin to quarterly earnings – offers investors key insight on the outlook of the currency. Apart from the fundamental backdrop, a currency’s liquidity plays the principal role in its volatility – as it does with stocks. That said, liquidity in the foreign exchange market is one attribute that stands head and shoulders above the equity market.

Advantages of the Foreign Exchange Market

To be sure, major stock indices like the Dow Jones, S&P 500 and DAX 30 are incredibly liquid investments. But as a trader drills down into an index and explores positions on single stocks, liquidity can dry up quickly, threatening to leave an investor with a handful of shares that have no counter-offer. On the other hand, the FX market is the most liquid in the world – by far.

Although there is no official volume data because currencies do not trade on a common exchange, the FX market was estimated to average nearly $6.6 trillion in transactions daily in 2019 according to the Bank for International Settlements – the so-called central bank of central banks. Evidently, the pool of traders in the foreign exchange market is significantly more vast than that of the equity markets, which allows FX markets to adjust to information more seamlessly and makes it harder for bad actors to game the system. 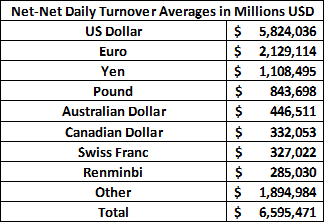 [?] In the case of the stock market, a single firm or large player can materially change the price of a stock by conducting a series of orders, especially on lesser-traded securities. Conversely, the largest players in the foreign exchange market are the major global central banks, who are not looking to speculate for their own gain and are unbothered by shorter-term price moves. 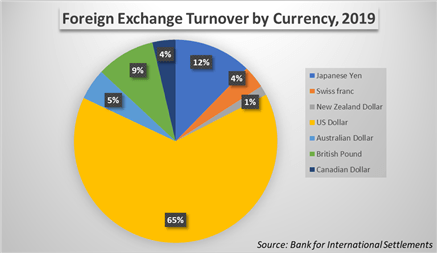 These massive players create an environment in which liquidity is more abundant and stability is more common. Further still, insider-trading does not exist to the same degree that it does on single-stocks, where investors may be privy to materially significant information before it is released to the general investing public.

Since currencies are involved in an innumerable number of transactions across the globe each day, the foreign exchange market must be open to accommodate deals even outside of peak business hours in local countries. As such, the foreign exchange market is open 24/5 – unlike stock markets which are typically open around 7 hours each day, apart from weekends and holidays.

While a stock-trader looking to trade outside of the cash market’s exchange hours would have to explore derivatives like futures trading – which carries issues and intricacies of its own – FX traders can naturally access their market throughout the day, regardless of native business hours.

The longer operating hours also result in fewer price gaps – a common occurrence in stock trading – creating a smoother market overall. Further still, the global nature of FX works to create various times throughout each day when trading peaks. As one market winds down, another opens, and the overlap of the two markets creates a high tide of liquidity that can further tighten trading spreads while also supporting productive volatility. Therefore, it is of little surprise FX spreads are among the tightest during the overlap of the London and New York trading hours with full participation from the two most active financial hubs in the world.

How to Trade FX for Equity Day Traders

The similarities in both stock and foreign exchange trading allow traders to transition between asset classes more readily, while the global nature and depth of the FX market can provide conditions that are more appealing for the active or cost conscious market participant. These circumstances can help remove some of the common pitfalls of stock trading, while working to eliminate noise from fundamental analysis.

In turn, greater liquidity and longer trading hours provide a smoother market with conditions ripe for a day trader who focuses on intraday price levels and technical analysis. Further, FX markets can paint a clearer technical picture in an environment where seemingly tangential fundamental developments remain as minor blips in the background and do not have the same impact on shorter-term price moves – resulting in grander focus for a technical analyst who is looking to trade follow price action and indicators.

How to Trade FX for Equity Position Traders

Similarly, the nature of foreign exchange trading leaves currency pairs more in-tune with broader fundamental forces over the longer-term. Since liquidity is high and course is founded on on broader economic concepts and data points, commentary on central bank policies, fiscal policy or trade relationships; it can be argued price trends in currencies are more aligned with some of the more cut-and-dry fundamental forces than stocks are.

In equity trading, a position trader can have their thesis undermined by the performance of a stock’s direct competitors or a disappointing quarterly result, whereas the strength of an entire country’s economy is not as debatable or at-risk of sudden correction. While it is undeniable stocks provide access to these themes, they often do so in a more convoluted manner, whereas foreign exchange more often follows these most dominant price influencers which is a more practical path for investors to follow over time.

In both stock and forex trading there are risks of loss, and market participants should carefully consider these risks.